Lewis Ritson and Josh Kelly continued their impressive undefeated streaks, as Matchroom took its latest event to Newcastle at the Radio Arena.

Newcastle born Ritson, 24, blitzed his way through the undefeated Paul Hyland inside the first round to win the British lightweight title outright.

Ritson’s three title defences of the Lonsdale Belt have taken less than 7 minutes in total, across four rounds of action.

Wearing the black and white stripes of his home town, Ritson weathered the early siege from Hyland, and caught him with several body shots before dropping the Belfast man with an excellently timed right hook to the temple.

Hyland tried to battle on, but after hitting the canvas twice more in the first round, saw the fight stopped by the referee, and his undefeated record evaporate.

Sunderland born Kelly, also 24, outclassed Kris George for seven of the scheduled 12 rounds, until George’s corner threw in the towel.

If Ritson showed off his solid defence, excellent fundamentals, and power, Kelly showcased his natural ability, speed, and boxing instincts.

With his guard remaining low throughout, Kelly’s style was the polar opposite to Ritson’s. Still, his dominance was emphatic, and the gifted Commonwealth and WBA International welterweight champion looks set to have an exciting future ahead. 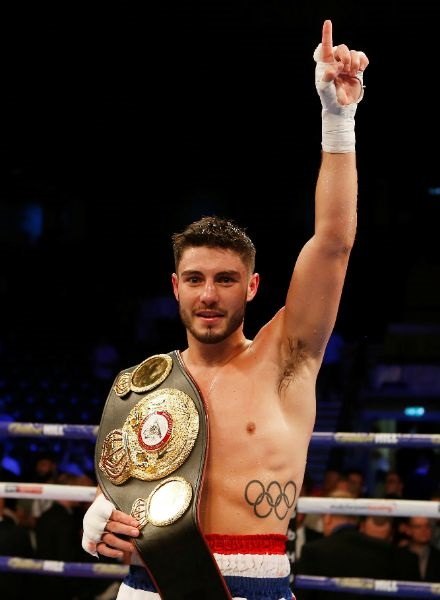 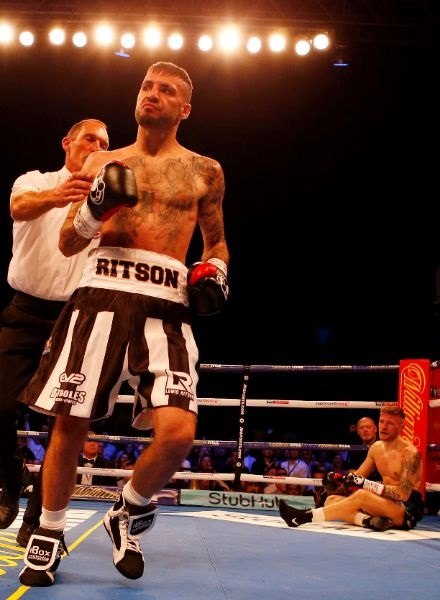 Matchroom Boxing promoter Eddie Hearn explained the difference in where both boxers are at this stage of their career.

“They’re two very different characters. You’ve got Josh Kelly who is widely regarded worldwide as one of the biggest talents in the sport. He’s expected to go on to challenge for world titles after coming out of the Olympics,” Hearn said.

“But on the other hand you’ve then got this rough and ready kid from Newcastle who was never really expected to be a star, but has put on an a few incredible performances and all of a sudden he’s right up there.

“And I’m pleased for Lewis as well. Don’t get me wrong Josh has performed well above the levels he was expected to, but he’s got the pedigree.

“But for Lewis this is new. Just a year ago he was applying for factory jobs and he was ready to jack boxing in. Now look at him. He’s making great money, he’s boxing regularly and selling all these tickets to win the British title outright.”