Six Nations: Week 2 Round Up

In the second round of fixtures at the Six Nations Championship, England and Ireland maintained their 100% starts, whilst an inspired kicking display from Greig Laidlaw lifted Scotland past a competitive French side.

England edged out Wales 12-6 in a hard-fought match at Twickenham to stay on course to become the first nation to achieve a ‘three-peat’.

The victory for Eddie Jones’ men was marred by a controversial decision by the Television Match Official (TMO), which denied Wales’ Gareth Anscombe a try.  World Rugby’s Alain Rolland later contacted the Wales team management to admit that the TMO had made an error in the application of law, and therefore the try should have been awarded.

Jonny May’s brace proved decisive for England.  The winger had opened the scoring after profiting from an outstanding grubber kick from Owen Farrell with just over two minutes on the clock, before later adding a second from close range to give the hosts a 12-0 lead.

Wales were missing their talisman Leigh Halfpenny, who was the latest injury that Warren Gatland has had to contend with.  Still, when Anscombe beat Anthony Watson to ground the ball, Wales appeared to have struck back.

Unluckily denied by the TMO, Anscombe instigated the visitors’ best move of the game.  After retrieving Farrell’s kick from outside the twenty-two, Scott Williams found himself a dive away from a try, but was somehow scuppered by a marvellous tackle from Sam Underhill, who was able to flip Williams onto his back and out of bounds.

The Welsh reduced the deficit to 12-6 with a pair of penalty kicks, but will be left regretting the TMO’s decision in this evenly balanced contest. 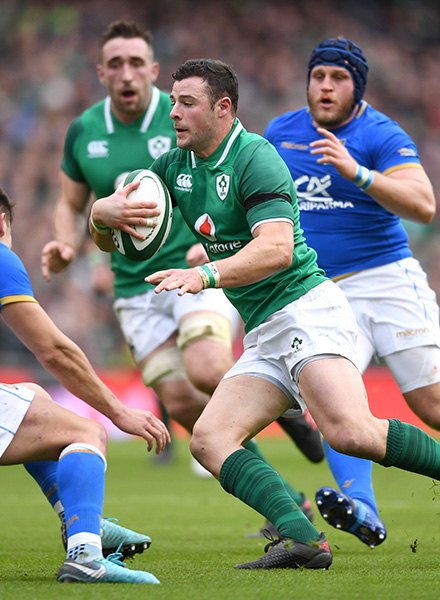 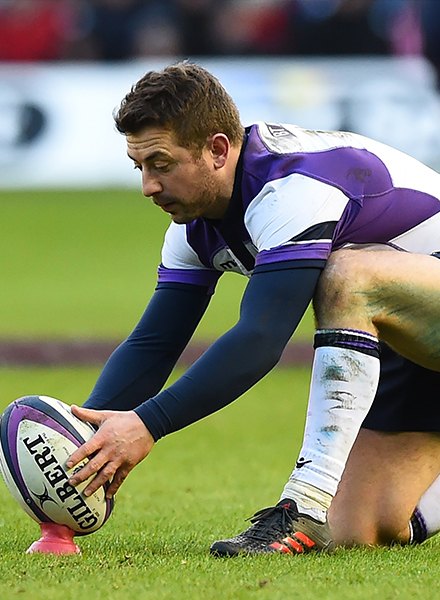 Ireland needed a last-gasp drop goal in their opening round against France but had no such trouble against Italy in Dublin.  Robbie Henshaw and Jacob Stockdale contributed a brace of tries each in the host’s eight-try haul, as they dispatched of the Azzurri 56-19 with relative comfort.

The injuries picked up by Henshaw and Tadhg Furlong will be a cause for concern for their head coach Joe Schmidt, who could do without losing two of his most influential players ahead of Wales’ visit to Dublin.

Exciting French winger Teddy Thomas continued to light up the Six Nations with a superb brace of solo tries, however the Frenchman found himself on the losing side again, as Laidlaw’s flawless kicking display lifted Scotland to a 32-26 victory at home to France.

Tries from Sean Maitland and Huw Jones kept Scotland in contention early as they responded to Thomas’ brace.  And with the game still in the balance, the former captain Laidlaw proved pivotal, scoring all six of his penalty kicks, to add to his two earlier conversions, to earn Scotland victory.

Made to Move: New Balance