The Story Behind: Lacoste

Founded back in 1933, Lacoste has since become a household name. Synonymous with premium quality gear, the brand is still making waves over 85 years later – still sharing its love for the tennis and signature French flair.

Though Lacoste might have started out in ’33, its story starts way before then with its founder and tennis-legend, René Lacoste.

Born in 1904, René started playing tennis at 15 years old on a trip to England from France. Young and talented, he competed in his first Grand Slam at Wimbledon in ’22. He might have been knocked out in the first round but by 1926, just four years later, René Lacoste had seriously upped his game and was ranked No.1 – continuing to win a series of Grand Slam victories.

The following year, Lacoste joined the France Davis Cup team aka. The Four Musketeers, who led France to six straight Davis Cup wins. When it came to tennis, René knew his stuff.

Creator of the Polo

In the ‘20s, tennis players were gearing up in classic ‘tennis whites’, long sleeve shirts, ties and long trousers – not the ideal combo for peak performance! But that’s what gave René the idea for Lacoste.

When the brand was founded back in ’33, its original purpose was to produce tennis apparel. Creating the very first, breathable polo shirts made to dominate on the court, Lacoste made waves and the polo shirt was a success.

Over time they’ve evolved, becoming not only tennis wear, but an essential on the streets. Up until 1950, Lacoste’s iconic L.12.12 polo shirt only came in a white colourway but now it reps more than 40 showing just how it’s taken off.

Lacoste was the first brand to rep a visible logo on a polo shirt. Ever since, the iconic Croc logo has become instantly recognisable, representing casual elegance and the brand’s signature French flair.

Though the Lacoste Croc logo is SO iconic, there’s a couple of stories that claim to know exactly how it came about. One is that the Croc came directly from René’s nickname by fans. He was dubbed ‘The Crocodile’ due to his aggression and tenacity on the courts, just like a croc.

Another theory is that the idea of a croc was based on a bet between the tennis player and his coach. After a Davis Cup match in ’23, an American journalist nicknamed Lacoste ‘The Alligator’ in reference to the bet over an alligator suitcase. This became known as ‘crocodile’ once he returned to France. 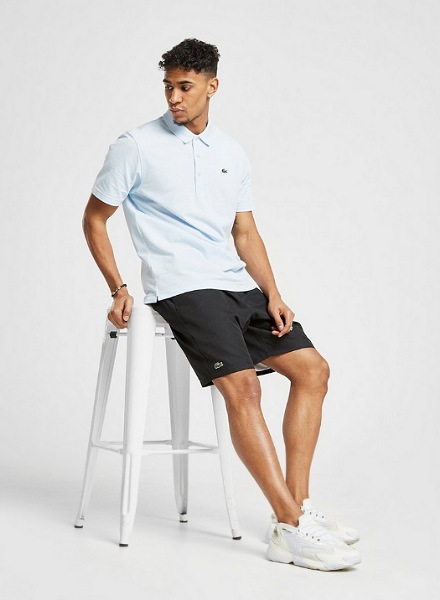 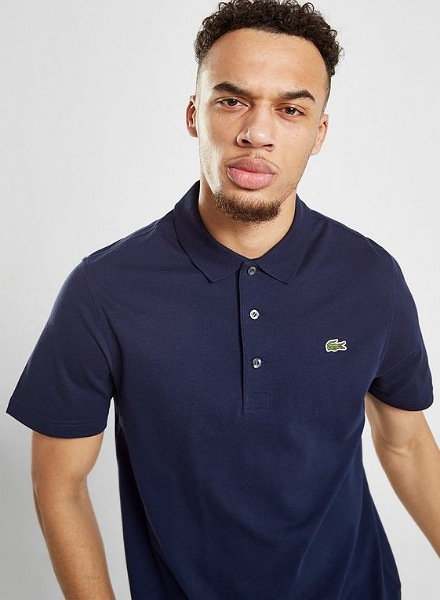 Revolutionising the everyday wardrobe, Lacoste is a go-to for premium looks. Serving up not only polo shirts but a range of footwear and apparel including shorts, tees, track pants and more.