The Western Conference has delivered the matchup NBA fans have waited all year to see. The number one seed Houston Rockets will be attempting to dethrone the dynastic Golden State Warriors when they meet on Monday to begin the Conference Finals.

The Warriors will be looking to represent the West in the NBA Finals for the fourth straight year, with a team that has all the credentials to go on to be one of the greatest NBA teams ever assembled.

They were already on their way to greatness before the acquisition of 2014 MVP and four times scoring champion Kevin Durant from the Oklahoma City Thunder. Now, they’re practically unstoppable.

Labelled a ‘juggernaut’ by LeBron James ahead of last year’s finals, Dub Nation went 16-1 on route to their second NBA championship in three years; losing just once in the Finals to the 2016 defending champions Cleveland Cavaliers.

Steph Curry has recovered from injury and looked back to his best, as he led the champions with 27 points to close out the Pelicans in Game 5, whilst Durant poured in 38 points in a pivotal Game 4. 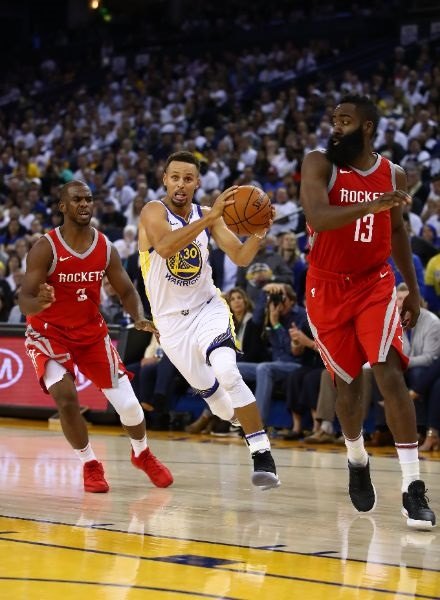 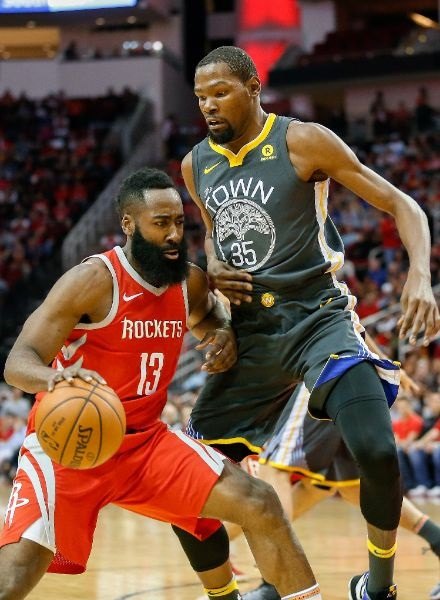 If there’s one team equipped to challenge the stranglehold that the Warriors have on the NBA, it might just be the Houston Rockets. They return to the Conference Finals for the first time since 2015, when they were defeated by the Warriors 4-1.

In the closeout game that series, James Harden set the record for the most turnovers in a postseason game with 12, and managed just two field-goals, in one of the poorest displays of his career.

This year the Rockets acquired Chris Paul from the Los Angeles Clippers and achieved a league best record of 65 wins and 17 defeats to secure home-court advantage. ‘CP3’ is widely regarded as the best pure point-guard in the league, but had never been to a Conference Finals in his previous 12 years.

That run came to an end when he became the first player to record a 40-point/10-assist play-off game with no turnovers to eliminate the promising Utah Jazz in five games. Alongside ‘The Beard’ (the MVP frontrunner), the Rockets can now lay claim to a backcourt that can compete with the ‘Splash Brothers.’