Having swept their way through the Western Conference last year, the Golden State Warriors dropped just one game in the 2017 NBA Finals, on route to capturing their second championship in three years.

In 2016, Steve Kerr’s men had surpassed the 1995-96 Chicago Bulls’ all-time record of 72 wins in the regular season with 73. If not for a Herculean performance from LeBron James and Kyrie Irving that year, the Warriors would have likely won three-straight titles.

Their response to losing the 2016 NBA Finals was to sign their Conference rival’s best player, as they recruited Kevin Durant from Oklahoma City Thunder in the free agency. The ‘Durantula’ averaged 35.2 points per game in last year’s Finals, shooting 59 per cent from the field to claim the Finals MVP award.

After finishing second in the MVP voting in 2014-15 and 2016-17, James Harden looks to be in pole position to receive the honour ahead of four-times winner LeBron James. ‘The Beard’ has won his first scoring title with 30.4 points per game and finished third in assists with 8.8 per game. As good as he’s performed in the regular seasons, Harden has struggled in his Playoff experiences.

The addition of elite point-guard Chris Paul boosted the Rockets to a 65-win – league’s best – record. The Timberwolves also made a huge play in the off-season when they swooped for Chicago Bulls’ star play Jimmy Butler. The result being a return to the playoffs for the first-time in 14 years. With Karl-Antony Towns and Andrew Wiggens already in place, the team from Minnesota now have their own Big-Three to give any team a competitive series.

Steve Kerr knows exactly what it takes to become a dynastic force, following his role on Michael Jordan’s legendary Bulls team. Steph Curry remains doubtful to return for the first round of the playoffs through injury, but the Warriors should have more than enough in the tank to take care of the Spurs.

Last year the teams met in the conference finals. The Spurs led by 25 points in game one, before Zaza Pachulia under-cut Spurs’ star player Kawhi Leonard. The Warriors went on to sweep the series. LaMarcus Aldridge has significantly improved for Gregg Popovich, but with Leonard still out injured the Warriors will be expected to negotiate the tie without too much resistance. 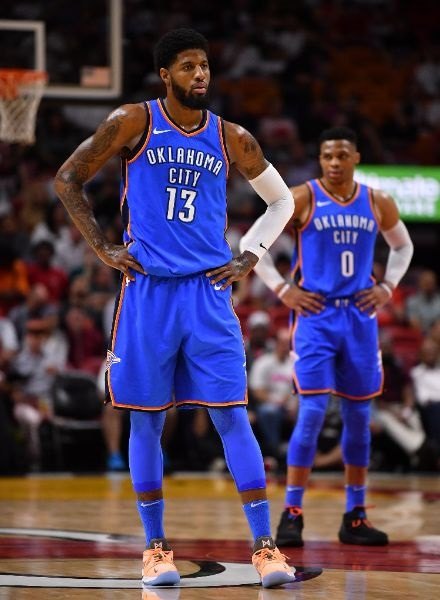 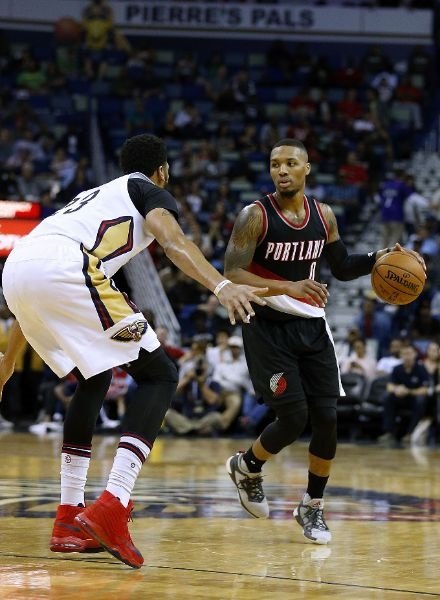 The Pelicans could’ve been forgiven if their season petered out, once DeMarcus Cousins went down before the All-Star break. But Anthony Davis has been on a tear ever since, and was rewarded with the last two Western Conference Player of the Month awards in the regular season.

AD’s team missed out on the Playoffs last year, such is the fierce competition on the West, and the Trail Blazers only made the 8th seed. This year Damian Lillard has propelled his team up to the third seed, with ambitions of making a deep run in the playoffs.

OKC shocked the league in the off-season when they added Paul George and Carmelo Anthony to support their MVP Russell Westbrook. If the Warriors or the Rockets are denied passage to the finals, the Thunder could represent the Western Conference.

The Utah Jazz lost their best player, Gordon Hayward, in free agency to the Boston Celtics, but somehow got better. A large reason for that is likely to be the emergence of Rookie of the Year contender Donovan Mitchell, who’s had a spectacular season.

AJ Meets the Fans at exclusive event for JDX members