LeBron James and the Cleveland Cavaliers will get reacquainted with the Boston Celtics, as they are set to compete to see who will represent the East in the NBA Finals.

Last year, when the two teams met in the Conference Finals, the Cavaliers needed just five games to earn their third-straight trip to the Finals, but both teams have changed significantly since then.

In the off-season, James’ sidekick Kyrie Irving requested a trade, and found himself at the Celtics with Isaiah Thomas and Jae Crowder going to Cleveland. The prospect of Irving going toe-to-toe with James would have gone down in NBA folklore history. Unfortunately, Irving has been ruled out of the post season with a knee injury, whilst Thomas and Crowder were traded as the Cavs blew up their roster during the All-Star weekend.

The last time a LeBron James team didn’t make the NBA Finals was in 2010, when he went against a Celtics team that had Ray Allen, Kevin Garnett, Paul Pierce and Rajon Rondo, and who had won the 2008 championship. With poor management and little help in Cleveland, ‘The King’ took his talents to South Beach to play with Dwyane Wade and Chris Bosh.

After coming up short in the Finals in his first year in Miami, LeBron and co. faced elimination at Boston Garden trailing 3-2 in the Conference Finals. His 45pts/15reb/5ast performance off 19/26 shooting on route to his first championship remains arguably his greatest game to date.

This year, Cleveland’s number 23 is seeking his eighth-straight trip to the NBA finals, and after being taken to the brink by Indiana, the Cavs swept their way past the Raptors. Their biggest handicap appears to be the lack of game time they have had together since their roster overhaul: Kevin Love had broken his hand, Kyle Korver’s brother passed away, and coach Tyronn Lue needed time off for an illness he was suffering.

James consistently preaches that “you can’t fast-track the process,” yet that is exactly what he’s having to try and do. So far this postseason, ‘The King’ has been in his tool box displaying his full offensive arsenal. His two buzzer-beaters have been of the highest order, with the Game 3 winner against the Raptors looking like a H-O-R-S-E shot. 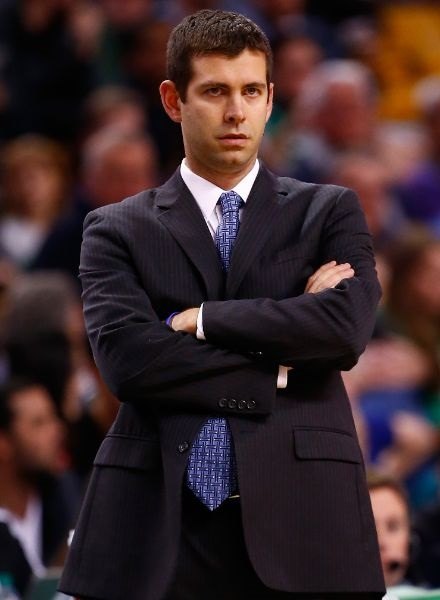 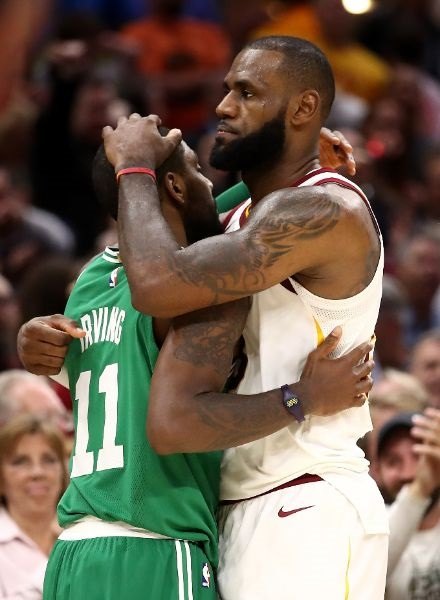 After the first game of the season when the Celtics were narrowly defeated in Cleveland, few people believed they would be able to produce another competitive campaign. That was because Gordon Hayward went down with a fractured tibia and dislocated ankle six minutes into his Celtics debut.  To be robbed of Irving as well, just doesn’t seem fair.

But the ultimate star of the Celtics is their head coach Brad Stevens. Three of the four victories against the Sixers in the Conference semi-finals totaled a margin of 10 points. His ATO (after-timeout) plays have been first class, leading to easy buckets. The ATO in Game 3, which found Al Horford under the rim against a mismatch, was series defining. Last year, he made a five-foot-eight Isaiah Thomas an MVP contender even though he was statistically the worst perimeter defender in the league.

And then there is Jayson Tatum. The Celtics Rookie has recorded 20 points or better in his last seven playoff games, which surpassed the great Larry Bird’s record. He is currently tied with fellow rookie Donovan Mitchell for 2nd all time, although the Utah Jazz rookie has now been eliminated. Kareem Abdul-Jabbar holds the rookie record with 10-straight 20-point games in 1970. In a nail-biting closeout game against the Sixers, Tatum came up big again with 25 points and a go-ahead basket with 22.5 seconds on the clock.

The Cavs’ coach, Lue, likes to plan stringent defence sets to neutralise key players. This was notable in their Game 4 against the Raptors when DeMar DeRozan was benched in crunch time after being shut out. The Celtics’ shared scoring makes this more difficult to plan for. Ultimately, when the game gets to crunch time, James, not rookie Ben Simmons, will be making the key decisions; and in his current form, that is likely to lead to an eighth straight NBA Finals appearance.