This spring, Vans and JD caught up with three mega-talented creatives, who are featured in the latest campaign. Chopping it up and getting their perspective on what it takes to be a full-time creative, these candid accounts will give you some inspo. If you’re looking to turn your creativity into a career, or simply want to be inspired into getting back to what you love doing, they might just help you out.

First up, here’s what Prince, (aka Synpal aka Disdained aka Mr Left a Soundboy Dead) – a multi-talented DJ with a flair for cooking and skating – had to say about his craft, discovering his passions and his greatest inspirations, and his advice for aspiring creatives who are just starting out in the game…

How did you get into music?

I come from a St. Lucian background, so I’ve always had a heavy influence of music around, and my dad was a DJ — that’s how my parents met. He used to mix dancehall and reggae and dub, but my mum hated dub so she quickly stopped that! Then they fell in love. Listening to music from that era – back when they were doing it right – that’s when I knew I needed to be filling that gap for now. Now, people are making music that is about products and commodities, but back then it was about feelings and emotions and consciousness.

Jungle, strictly for the variations, and the heavily influenced reggae background. I’m into a lot of garage and a darker sort of garage. My brother is in his 30s, so he introduced me to garage grime MCs, and we used to walk around the house rapping word for word  — we loved D Double E — Street Fighter Riddim.

What’s on your motivational playlist?

There’s a tune by the streets called ‘Weak Become Heroes’, and when I heard it it was so powerful because he is not a rapper he’s a poet. It was about the human condition and what we go through. That, and MJ Cole’s ‘Sincere’ – beautiful track. The vocal on it that sets it up from the beginning right through to the end, it’s just stunning. 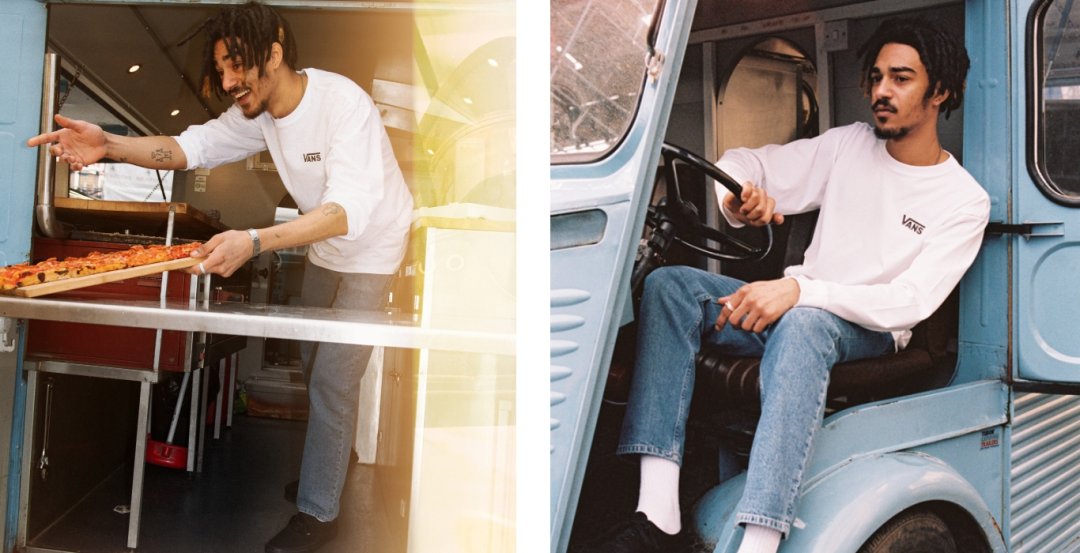 Where do you get your inspiration from?

The people around me inspire me by saying they’re going to do something and actually following through and doing it. But my real motivation comes from being able to provide – to create something that’s tangible, whether that’s through my music or cooking.

What are you working on?

Right now, I’m DJing for Two Record Labels, YARD Records & Slippery sounds, as well as working with my friend Charlie on a little project. I met him through Instagram when he messaged me and said he liked my stuff. I was just starting out, but we linked up and spoke about music. Now we’re working on our own label through Balamii in Peckham (our hub for promoting our first bit of music for the label). They’ve given us a slot on their radio station, every second Saturday of the month, they help us promote our mixes via SoundCloud and the rest is up to the people to decide whether it’s a yes, no or maybe. Fingers crossed.

Where does your passion for cooking come from?

So in Jah Rastafari, I find unity in the way of our ancestors, including cooking. There’s a big difference for me between serving food and having food. To be able to sit down and have food with somebody it gives me joy. Silence at the table means the food is good, my cooking inspiration and taste come from my more traditional side of my family — both of my grandparents are incredible hosts! 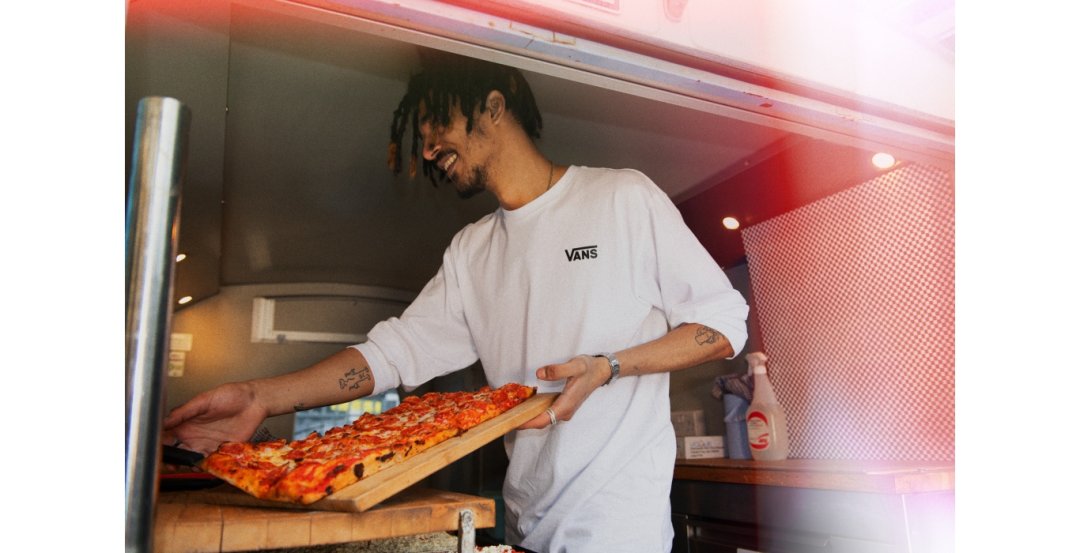 To be able to have a healthy balance between my music and cooking. I’d like to set up private catering — doing parties for people who would enjoy a designed menu, based on what they like. That way, I’d have more time to do my music. I’d have time to be able to sit back and look at everything and actually ask myself ‘what do I want to dedicate my time to and how?’.

What advice would you give to an aspiring artist?

Break every rule; pick it up, break it, find out how it works and put it back together your way. Don’t listen to people about their processes, find your own. If they don’t like the product, that’s fine because your process was right. And realising that the person who said to you “can you do that?” is only setting you a boundary, and it’s up to you to see if you can push past it, or stay behind it forever. You gotta break barriers, keep coming up to the next one and push through it. Repetition is key.

What does Off The Wall mean to you?

I’m the guy who peels the poster of the wall at the rave and takes it home to hang up on his wall. Someone’s made that, and you’ve now played a part in it. It’s like by taking it off the wall, you’ve integrated with it, connected with it. That’s what I think when I hear Off The Wall. It’s literal but true.

I’d love to write music for film — when I’m retired, that’s the dream. Doing film scores, that would be really really rad! Also, I would love to have a yard in St. Lucia, where I can fish and build a skate park. I’m currently trying to petition for a skate park in Loughton — there isn’t one around here, and we really need one.

Get the inside scoop on Hel Covell here, and stay locked in for more creatives from Vans’ latest campaign. Shop all things Vans, including Prince’s looks, over at JD now!