What Influences How We Shop?

For some shopping for clothes can be both hobby as well as necessity, which is why JD Official wanted to discover the ways in which we shop and what influences we consider when buying new clothes for men and women in the UK.

JD, with OnePoll, surveyed 2,000 UK adults with an even split across ages, genders and regions across the country as well as to find out what makes them move that wishlist item to basket to buy. Our research quizzed participants on how often they shop, which platforms they use to shop and habits, including put-offs and what matters.

The survey found that:

Data was conducted by OnePoll, who state questionnaires comply with the Market Research Society (MRS) code of conduct. Care has been taken to ensure statistical accuracy.

When asked “How often do you shop for clothes?” 1 in 10 admitted to shopping weekly, with the majority share (38%) shopping monthly. Just 7% said they only shop once a year, with 3% saying never. 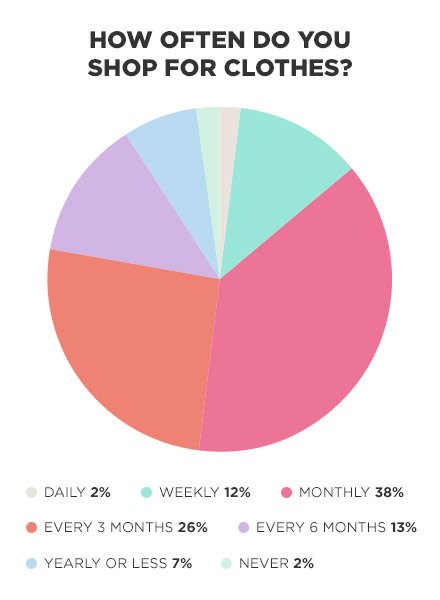 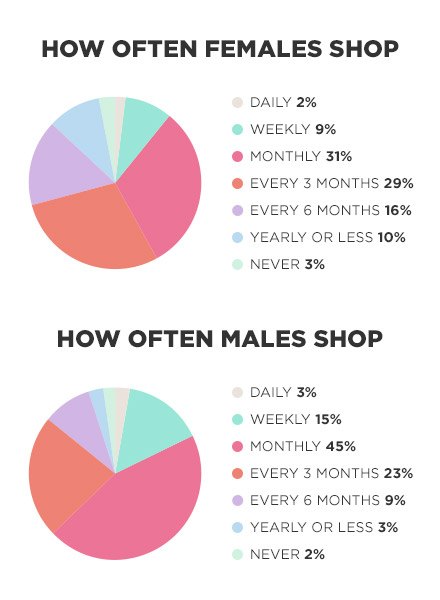 When comparing men against women, females were the keener shoppers with 45% shopping at least once a month compared against just 30% of men. A higher proportion of men (10%) shopped once a year, whereas more women shopped weekly at 15% of those asked.

Regionally the majority were unanimous in decision to shop once a month on average. Some regions did show more inclination to shop more and less frequently, with London being the region which had the highest percentage of daily shoppers. Contrary to this Yorkshire and the Humber were the least active buyers with the largest proportion (4%) never purchasing clothes.

When it came to how consumers shopped results bucked the trend for technology, proving that most of the UK are still opting to shop traditionally instore as opposed to online. Of the 18-24 age group, 48% stated their preference for shopping instore, along with 49% of 25-34 year olds. 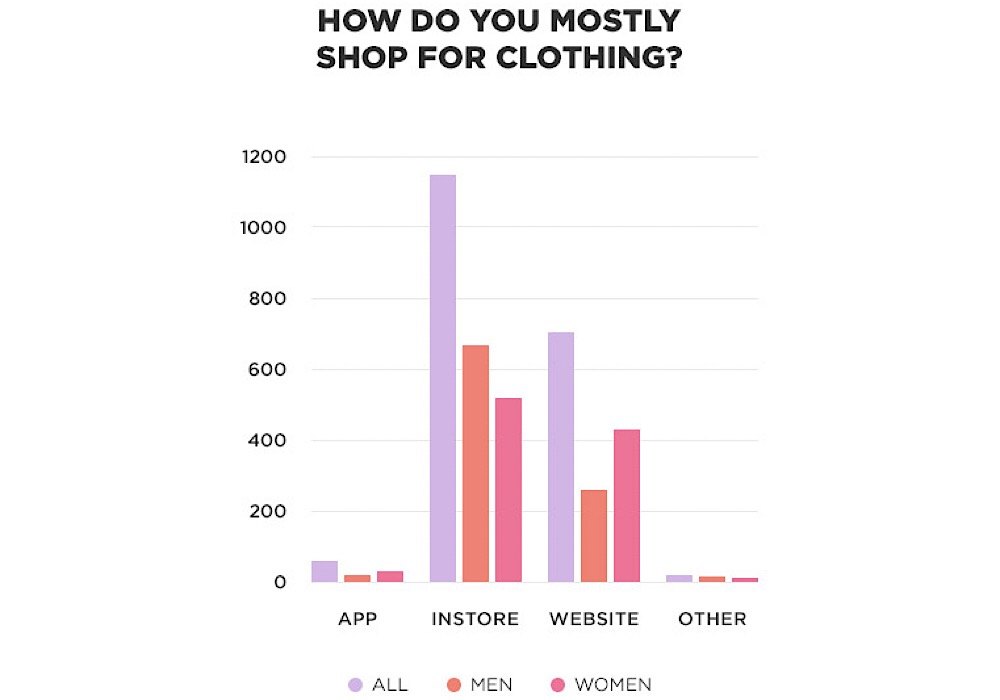 A larger percentage of those aged 35 and over opted for instore clothes shopping, with the largest representation being over 55’s at 75%. Millenials were most inclined to shop via app (although this was not one of the most popular methods) with 8% revealing their chosen method to browse and buy.

Gaining insight to how consumers shop leads to the natural inquisition to what contributing factors put off and help close a sale. Our audience, when asked, were strong in opinion of the factor which are taken into account when purchasing clothing.

Our survey asked “what would put you off shopping and returning to a retailer the most?”, for which the definitive most popular answer was bad customer service or rude staff with 34% of those asked choosing this option.

The next key topic affecting shopping decisions was on availability of sizes at 20% vote share, with the third factor being not enough stock or ranges being available. These choices were consistent across gender, age and all regional splits, giving a clear voiced opinion on the importance of good customer service. 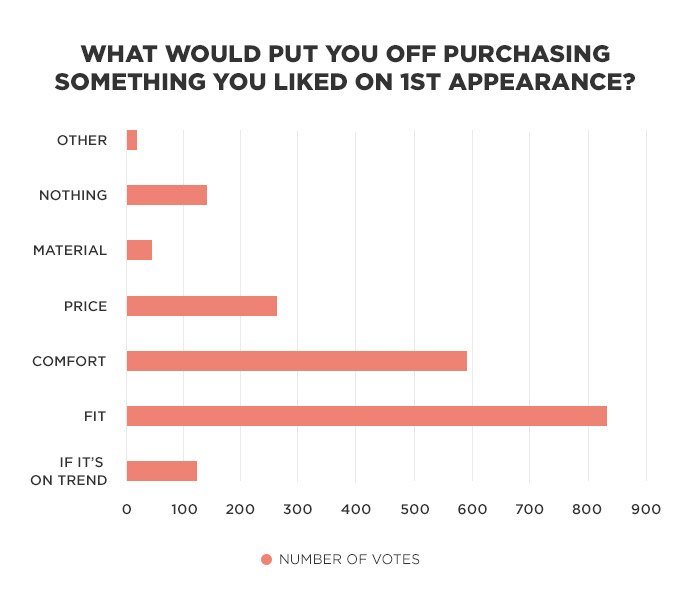 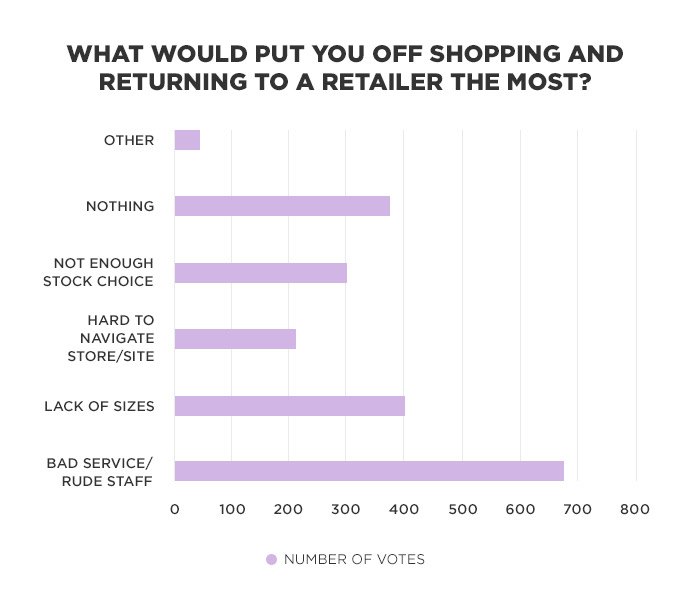 Of the apparel itself, our survey asked “When trying on clothes what matters most to you?” which again gave insightful response. The clear most important factor was the fit of the clothing to adults asked at 41% of the vote share. This opinion was echoed across all gender, regional and age demographic splits. Fit was slightly of more value to females over males, with a 47% to 36% ratio.

The next most valued aspect was comfort of the product (30%), followed by price at just 14%. Only 6% were influenced by whether the item was on trend and just 2% said material mattered most.

Younger people were more price conscious, with the largest percentage of the vote being attributed to the age group of 18-24 year olds. 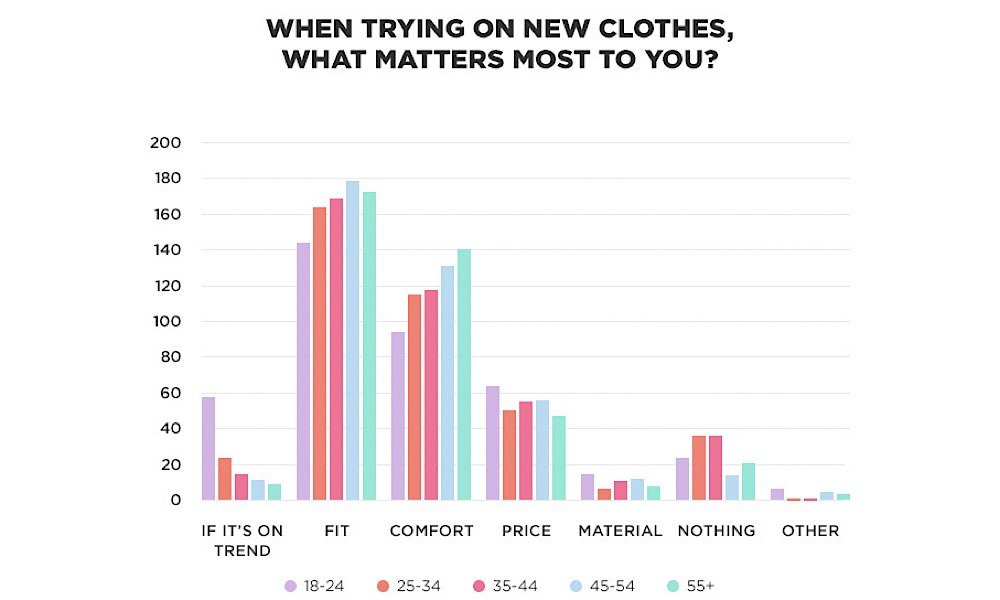 Digging deeper, our research showed thoughts on what would deter someone who initially liked an item upon further inspection. Data gathered proved most would be put off by price on a piece of clothing they otherwise liked, with 66% of the audience selecting this reason.

Quality was the next biggest deterrent of fashion choices, with 43% prioritising this as the most off-putting feature of an item otherwise approved.  Interestingly, men were more likely than women to be put off by brand reputation, with 9% saying this was the most off putting thing.

In The Duffle Bag: Season 3 Episode 8 with Ms Banks

In the Duffle Bag: Season 3 Episode 7 with Potter Payper