Who’d win in a fight with Anthony Joshua?

We asked and you gave us your results to see ‘Who’d win in a fight’ between Anthony Joshua and a range of celebrity names, characters and genuine opponents and the results are in.

Our poll gained 11,373 votes overall, with users taking the discussion to twitter to have their say using the hashtag #RTUBattle. Here are the results: 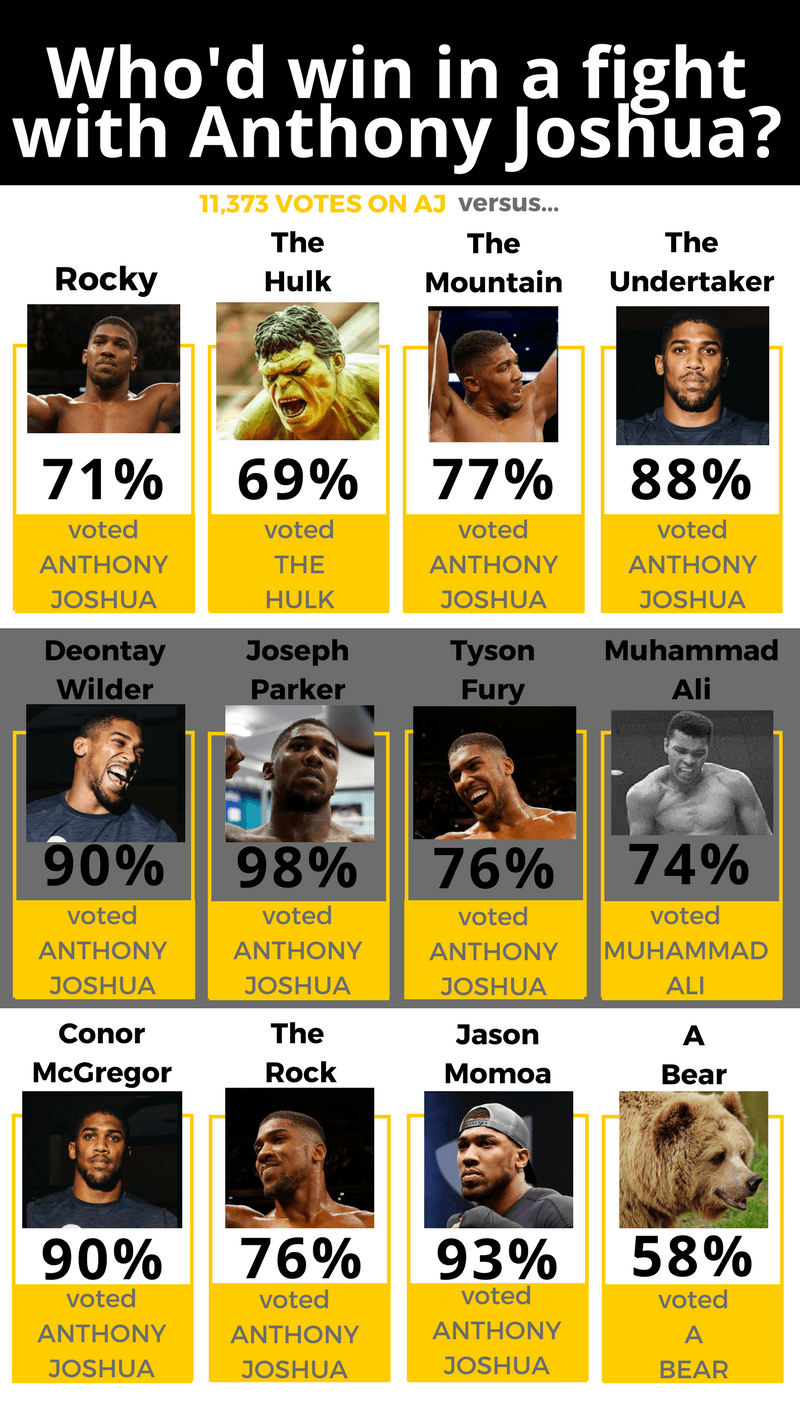 Despite Anthony Joshua defeating most opponents in the opinions of the public, there were a few choices who people thought could get the better of him; the Hulk, a bear and Muhammad Ali, so an interesting mix of personalities to go up against. Surprisingly, people were most undecided on whether he could beat a bear, over any other adversary with the bear winning at just 58%.

AJ was crowned clear winner against most of opponents, impressively beating boxing rivals Joseph Parker, Deontay Wilder and Tyson Fury. This could cause some discussion in the run up to Joshua’s Road to Undisputed fight this month against Parker as the vast majority have faith in the Watford born boxer to triumph.

When pitted against commonly accepted tough-guys, AJ also came out the clear winner, winning massive majority votes against the Rock, Jason Momoa (better known as Khal Drogo from Game of Thrones) and the Mountain (also GOT alumni).

The debate of how he’d measure up against other combat sports fighters besides boxing was answered too, as voters dubbed Anthony Joshua winner against The Undertaker and Conor McGregor.

JD Sports are proud to sponsor Anthony Joshua along his #RoadtoUndisputed champion and will be bringing you all the action on his upcoming fights.