World Cup: How To Score the Perfect Penalty?

JD Football has already analysed the current best and worst penalty takers in our previous report, but is it down to luck or skill whether these penalties converted? We wanted to know, so dug a little deeper and assessed 315 penalties taken by the key players in this year’s World Cup 2018 to see what findings could be gained from analysing target areas.

For each of the 315 penalties assessed, we noted which section of the goal was targeted and whether the penalty was a goal, save or miss, which was then collated to show the most successful and least successful areas for scoring penalties.

Where are most and least penalties scored? 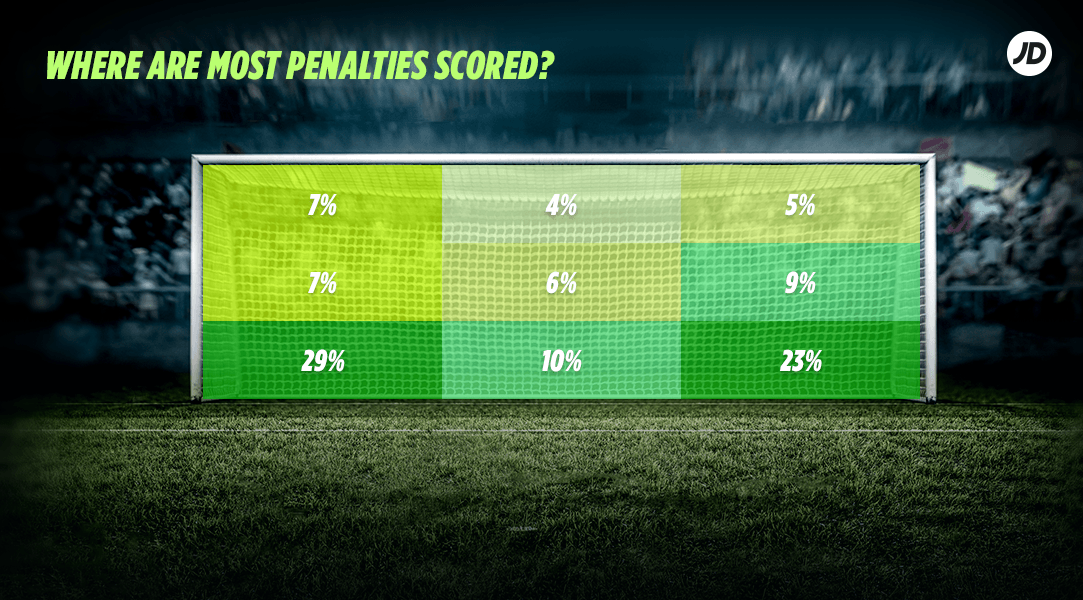 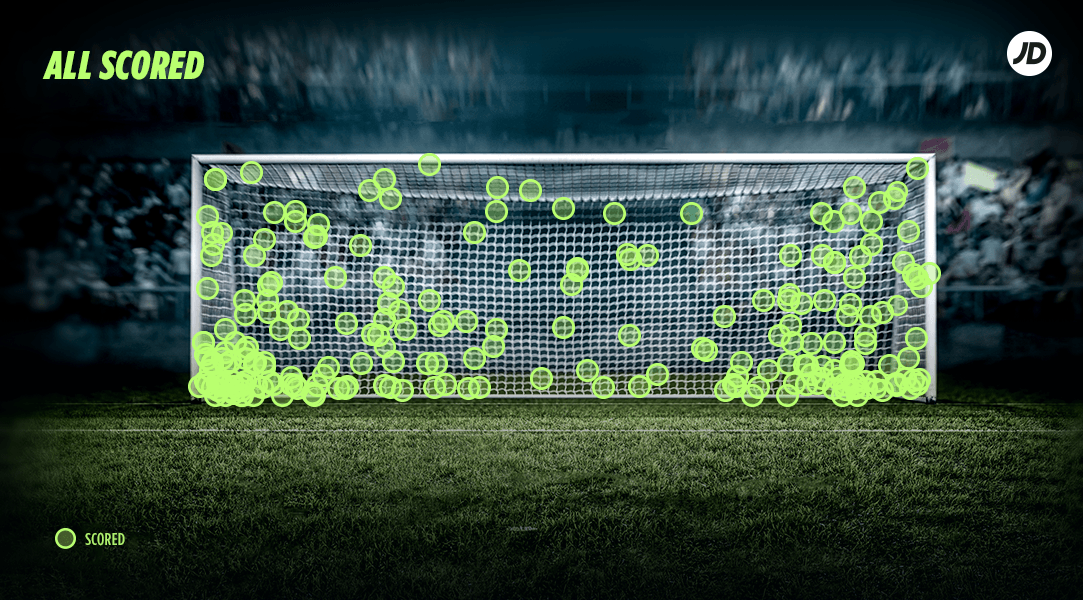 Penalty takers who were accurate enough to aim in the top left or right of the goal generally all scored, as no penalties were saved here. Penalties aimed on target here are guaranteed to score, however penalty takers were reluctant to aim here. Only Cristiano Ronaldo was brave enough to consistently try this: 4 of his 10 most recent penalties were successfully scored in the top right (keepers top left,) suggesting the Real Madrid and Portugal star favours shooting here.

This figure may seem a little high, however there were a number of left footed players in our survey, such as: Lionel Messi, Mohamed Salah, Antoine Griezmann and Mesut Özil who all seem to favour this side of the goal. Only 20% of all penalties scored were successful in the middle of the goal ) with players such as Sergio Ramos, Eden Hazard and Mile Jedinak opting to shoot here.

Skip through the gallery below to see where all 33 players and keepers went.

Looking through each player’s last 10 penalties gives us good insight to patterns of behaviour and decision making. It’s common for many players to target the same sections, primarily the bottom left or right spots, with few brave enough to try the middle. 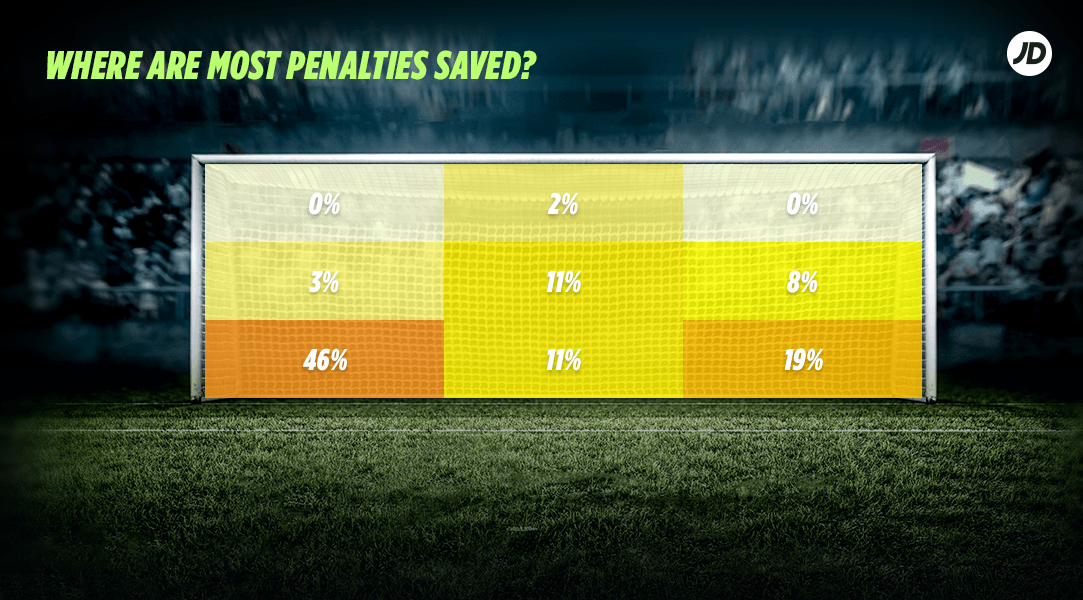 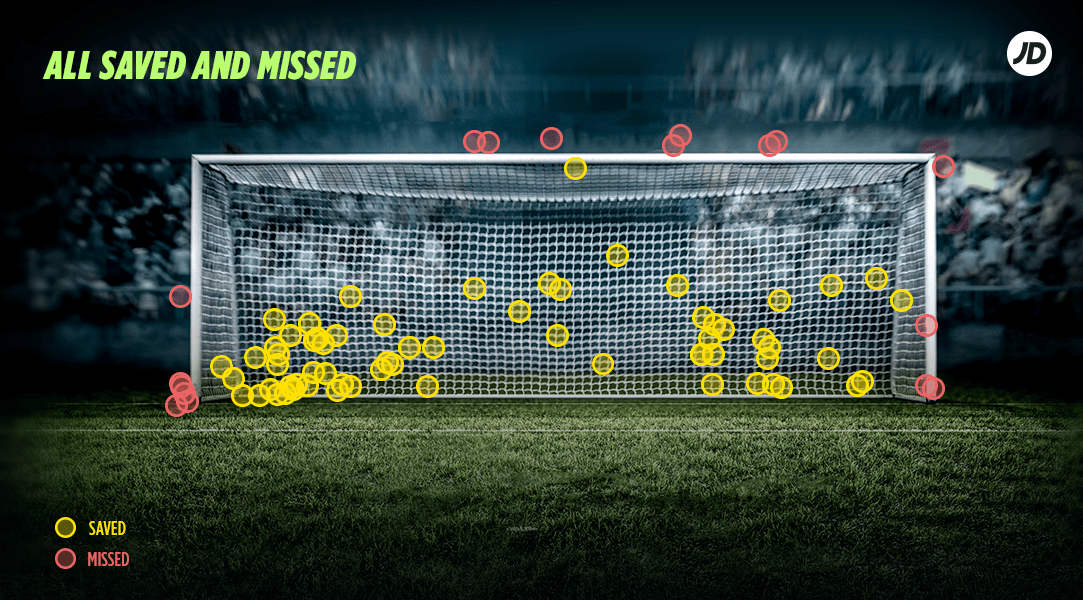 FIFA World Cup: Which Boot Will Be Worn By The Golden Boot Winner?