Ireland head to Twickenham on the final day of the Six Nations to face England on St Patrick’s Day, with a chance to complete a Grand Slam for just the third time in their history.

Joe Schmidt’s men wrapped up the Six Nations championship with a week to spare, leapfrogging England in the World Rugby Rankings to move to second behind New Zealand, but all attention has now been shifted to Saturday’s mouth-watering tie, as they look to emulate the Irish Grand Slam winning teams of 1948 and 2009.

Last year the roles were reversed: England travelled to Dublin with the championship secured and a chance at a second successive Grand Slam, only to be defeated 13-9.

That Irish victory started a run of 11 consecutive wins for the Irish, whose bid for the Triple Crown and Grand Slam on St Patrick’s day should serve as an indication, as to whether they have the fortitude to compete with the ‘All Blacks’ at next year’s World Cup in Japan.

Ireland also prevented previous Grand Slams for England in 2001 and 2011, but following two shock defeats away to Scotland and France, Eddie Jones’ focus will be on how his team responds to one of the world’s best.  The England coach still holds a perfect record at Twickenham with 13 wins in as many games.

England also derailed Ireland’s chances of a Grand Slam when Martin Johnson famously led his side to a clean sweep before their 2003 World Cup success. 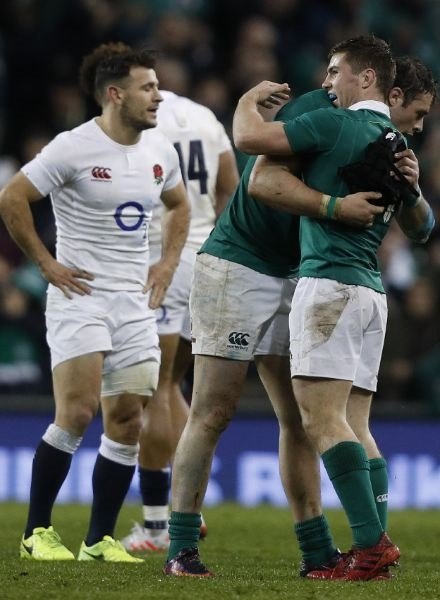 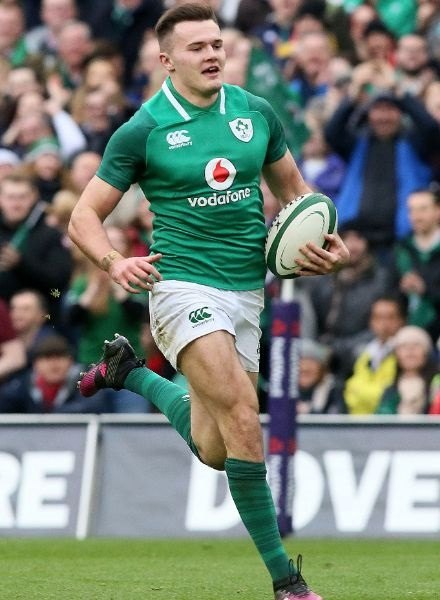 Eddie Jones’ men had won 22 of 23 matches before this Six Nations campaign, but have been found wanting in moments of adversity in their recent back-to-back losses, and hope to avoid three-consecutive Six Nations defeats for the first time since 2006.

Outside of their opener against Italy and an Elliot Daly penalty against France, all of the English points (54) have come from backs Owen Farrell (39) and Jonny May (15).

Despite needing a last gasp Johnny Sexton drop goal in their opening fixture, Ireland have proven to be the best team at the Six Nations and their young prodigy Jacob Stockdale has epitomized the character of the men in green.

The 21-year-old Ulster winger has scored ten tries in his last eight tests and is enjoying a historic Six Nations championship.  Stockdale equalled Cyril Lowe’s 104-year record with a brace of tries in his past three fixtures.

His six tries at the Six Nations is an Irish record and has only been achieved by three other players in its current format: Will Greenwood (England, 2001), Chris Ashton (England, 2011), and Shane Williams (Wales, 2008).  The youngster has a penchant for reading opposition passes, and in his position that usually results in a try.  One more on St Patrick’s Day will make him the outright highest try-scorer of any Six Nations tournament.

St. Patrick’s Day: Where to Celebrate