Anthony Joshua has named Muhammad Ali as the “GOAT” of boxing and a “phenomenal” man inside and out of the ring.

Speakin’ to JD in a game of word association, our guy AJ had to say the first word that came to his mind after the names of famous fighters, both past and present, were mentioned including Ali.

When former three-time world heavyweight champ Ali’s name was said, AJ smiled before sayin’: “GOAT. A man who stood for all the people.” 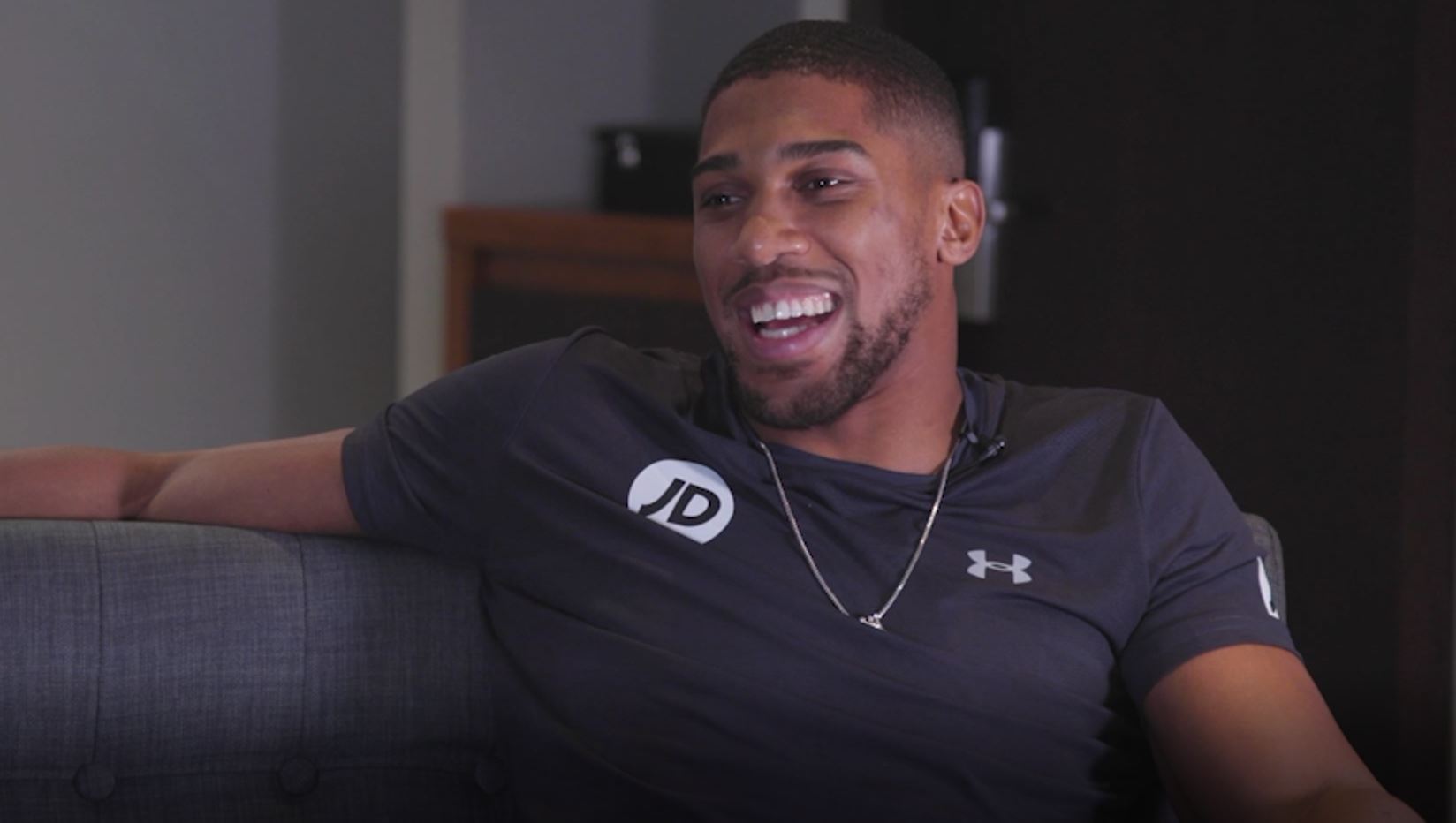 The 31-year-old also gave his one-word summary of other boxing stars from history including Mike Tyson, Evander Holyfield and Roy Jones Jr.

On Tyson, AJ said: “Pain. Reason is because he inflicts a lot of pain on people, there is no doubt about that.”

“Also, I feel like he is a man that has been through a lot of pain as well and I think that’s what shapes him.”

“So when you listen to Mike talk, he’s got that emotional side, that’s through a lot of the pain that he’s been through.”

“Coming from where he came from as well, to get that nickname, the real deal, especially in that era of boxing, means that you have to have something special about you.”

“He was from a tough era, great Olympic team, and they named him the real deal.”

“He is one of the greatest boxers I’ve ever seen on YouTube, I never watched him live but a phenomenal talent.”

Speaking about Lennox Lewis, AJ said: “Undisputed. Last man to be the undisputed heavyweight champion of the world, so yeah, he’s the undisputed king, for sure.”

“He was the big brother of one of the greatest champions ever and they underrated Vitali more than they did Wladimir.”

After AJ’s ninth-round victory over mandatory title challenger Kubrat Pulev at the weekend, calls for a unification bout between AJ and fellow current world champion Tyson Fury have only intensified.

When Fury’s name was said, AJ admitted he is “talented”, before adding: “(He’s) Got some talent, does well for himself.

“Normally, guys his size are clumsy, you know what I mean, falling over their feet and stuff, they’re normally hunchback because they don’t like their height.

“He’s talented enough to recognise his skill and puts them into action every time he steps in the ring.”

The best was saved until last, however, when AJ’s said the first word that came to his mind about his own name.

Laughing, and taking a moment to think, AJ said: “Life. I always think about death.”

“You know, I’m not here forever. I live life to the fullest, I’m very aware that I have a short time on this earth.”