Hold up! ‘Don’t Crack’ is back with another unmissable episode. Episode 4 just dropped and our guy WillNE is bringing more bants as two new guests go head-to-head.

Not seen it yet? The aim of ‘Don’t Crack’ is to try not to laugh. In each episode, WillNE will be joined by two special guests who’ll be putting each other’s jokes to the test over a series of rounds. From tragic dad jokes to funny stories, they’ll be showing us what they’re made of in attempt to make their opponents crack! 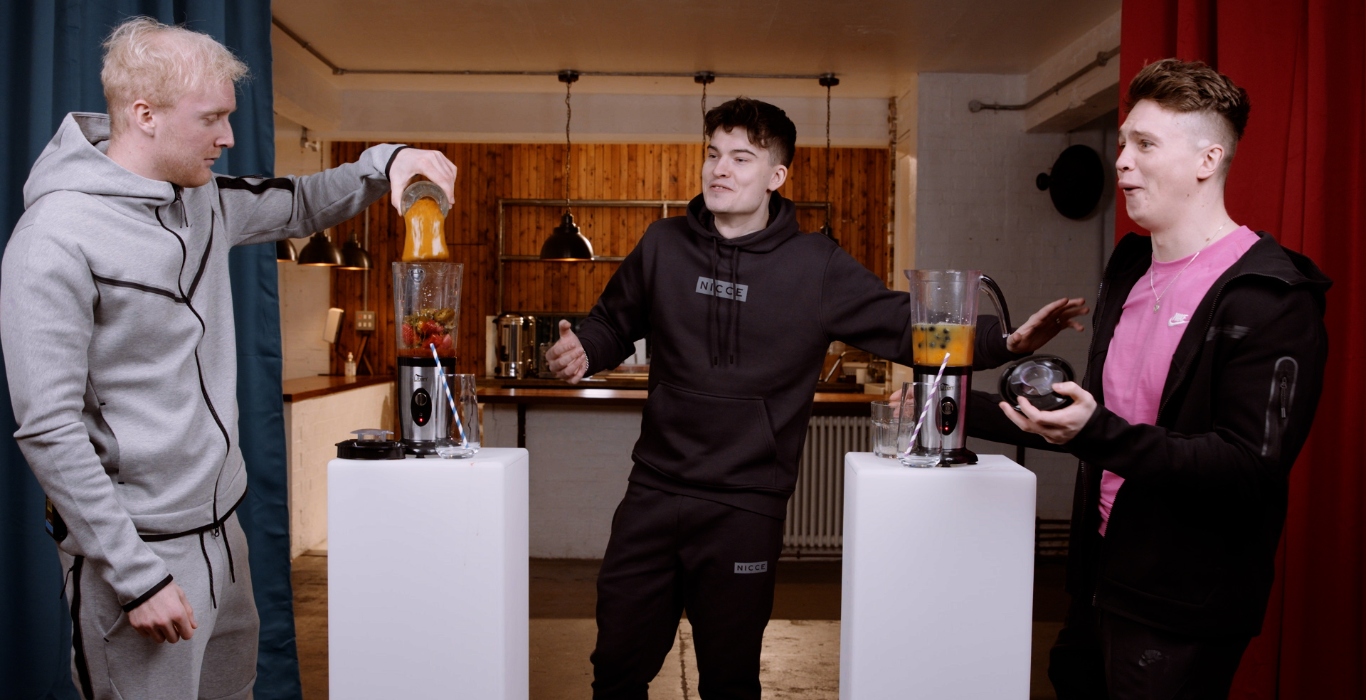 In the latest ep, WillNE’s joined by Joe Weller (@joeweller) and Theo Baker (@theobaker_) – two thirds of the Wafflin’ Podcast! On YouTube for almost a decade, Joe has over 5 million subscribers and he drops everything from FIFA commentaries to funny sketches. Theo created his first channel back in 2014 and he’s known for his football videos and vlogs, as well as gaming videos on his second channel.

As the guys go head to head, who do you think can keep a straight face, and who’ll be taking the biggest sip of L?! Tune in to episode 4 now! ⬇️ ⬇️

Missed the previous eps? Catch up on Episode 1, 2 and 3 now! With the likes of Specs (@specsgonzalez), Isaac HP (@isaac.h.p) and loads more taking on the challenge, you don’t wanna miss it!

Make sure you don’t miss out on any of the upcoming action by subscribing to our YouTube channel @jdsports. Stay tuned for the next ep of Don’t Crack, as well as other series ft. our guy, WillNE, like Big Fax!!!

AJ King of the Airwaves