Although its inception was over two decades ago, Nike’s Air More Uptempo continues to make waves. Sneakerheads all over the world sell out the silhouette, whether it’s in OG, GR or Supreme form.

Though the Uptempo name no longer makes the cut for the Nike Basketball line up, the icon continues to make an impact with a number of retro releases, including some of the most celebrated and hyped colourways.

Designed by Wilson Smith, Nike’s Air More Uptempos first hit the sneak scene in ’96. Before designing the icon, Smith had worked on architecture projects and took inspiration from graffiti and pop art, which explains why Wilson made Uptempos so big, bright and bold; one of the most heavily branded sneakers the industry has ever seen.

Taking branding to new heights, the sneak has ‘AIR’ branding running from the toe to the heel. In ’96 big was better and this silhouette certainly met the criteria. It was also the first hoops shoe to come sat on a full-length, visible Air unit; perfect for explosive players in need of unparalleled cushioning. 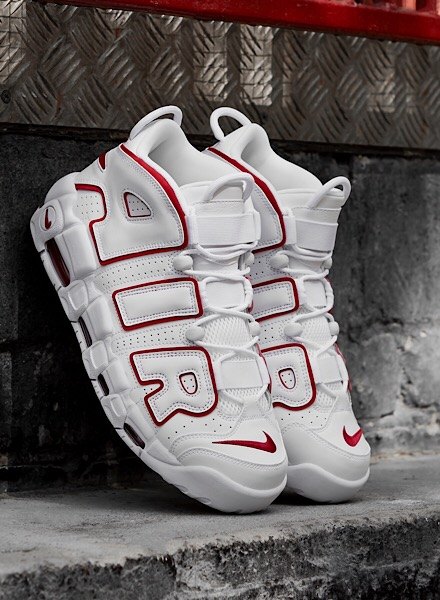 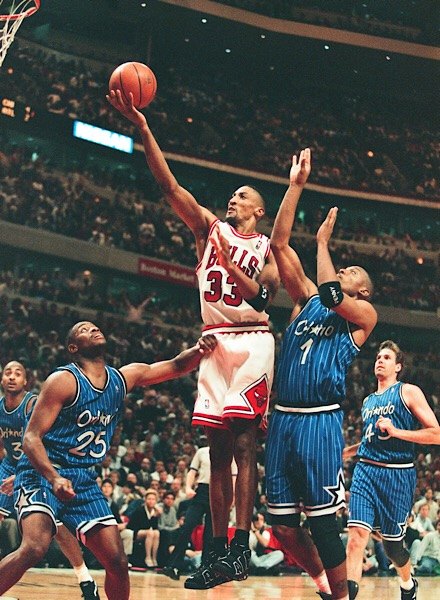 Its History on the Courts

During the mid ‘90s, basketball was starting to change. New styles of players were emerging, including the likes of Penny Hardaway and Scottie Pippen – the legend that made the Air More Uptempo most famous! Players needed a bball kick that was light and speedy, but was still comfy and cushioned, giving them the support they needed to dominate on the courts; this is where the Uptempo came in.

Scottie Pippen (Michael Jordan’s right arm) truly made the Uptempo his own. While making history with the 72-10 Chicago Bulls, Pippen rocked none other than a pair of Uptempos – including the Triumph over Seattle in the ’96 finals, as well as the Olympics in the same year. 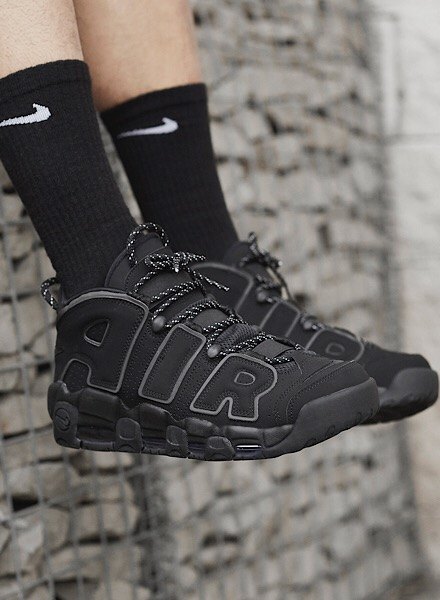 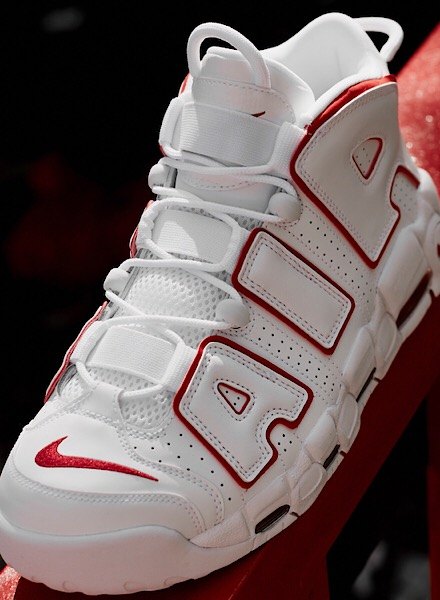 From the Hardwood to the Streets

Nike’s Air More Uptempo has grown to be one of the most recognisable silhouettes; whether you know your sneaks or not…you know the Uptempo. Seen on the likes of rappers Fabolous and Russ as well as Usher and Rita Ora, they’re a hot seller (for those who’re lucky enough to cop a pair).

One collab that flew was Supreme x Nike Air More Uptempo, which was released in 2017 after months of speculation. Coming in red, black and gold, the fire collab switched up the conventional ‘AIR’ branding for ‘SUPREME’, a bold move.

Here at JD, we’re treating you to all the latest releases, including the recently retro’d colourways. Landing in classic Bulls’ colours, the latest drop can be shopped on-site RN. Don’t miss out.