And that’s a wrap! As part of our partnership with Premier League side Leeds United FC, we teamed up with our friends at men’s health charity, Andy’s Man Club, and brought Play On The Pitch to life!

Getting together for an eleven-a-side football match at the epic Elland Road Stadium, our JD influencer team that featured the likes of football freestylers Kaljit (@kaljitatwal) and Ewan (@eabskills), sports content creator Nieve Pegg (@stuntpegg) and loads more, took on an Andy’s Man Club XI.

Not only that, we also gave one lucky competition winner and their plus one the chance to join our JD side and play in the game.

Teaming up with Leeds’ kit providers adidas, they supplied our teams with home and away Leeds United kits for the event, as well as cosy tracksuits for post-game chills.

With end-to-end action, the free-flowing game finished up 12-6 to the JD side! Our teams didn’t stop there though, as they took part in penalty shoot-outs, crossbar challenges and freestyle sessions. 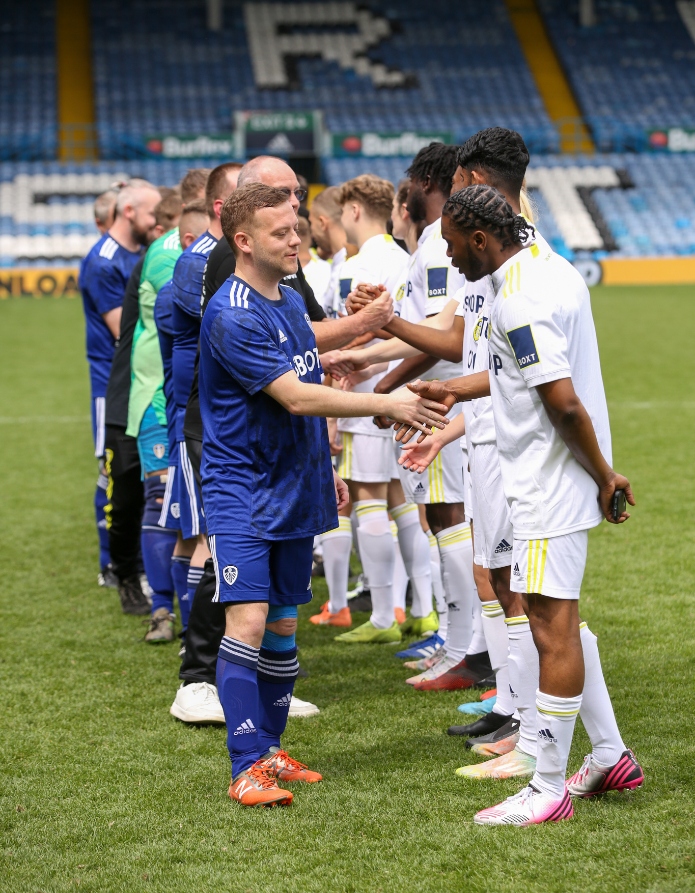 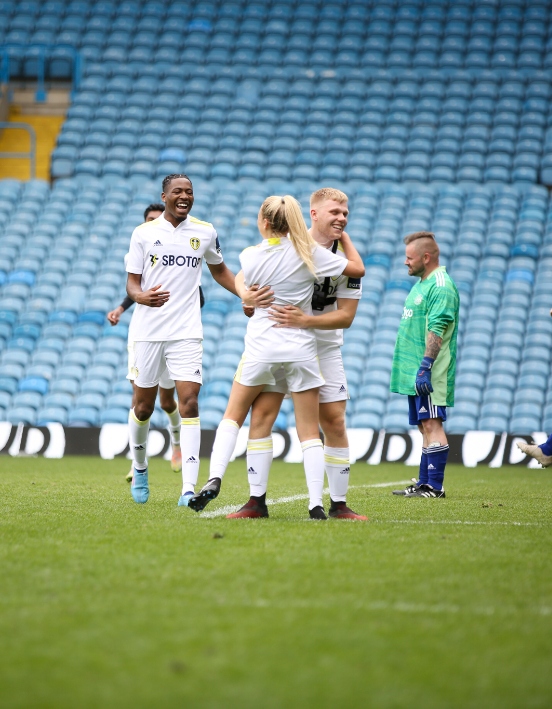 Andy’s Man Club is a registered mental health charity that runs nationwide talking groups for men who have been through a storm, are currently going through a storm or have a storm brewing in life.

Formed in Yorkshire, their aim is to get men talking and break the stigma around men’s mental health. Using #ITSOKAYTOTALK to spread the word, they’re encouraging all men to join in, open up and speak out.

For more information on Andy’s Man Club and their free-to-attend groups, check out them out here.

For loads more behind-the-scenes footage from the game, make sure you’re following @jdfootball across our socials!