Another year of Soccer Aid for UNICEF done! Missed out on the action? This year was the biggest one yet as legendary ballers from around the world came together with a load of celebs to show off their skills on the pitch.

Kickin’ off at the Etihad Stadium on Saturday night, the mega charity match absolutely smashed last year’s record-breaking night with a total of £13,014,769 raised for UNICEF. With all the funds changing lives of children who need it most during this difficult time…

Before the main event kicked off on Saturday, we took over our Manchester Arndale JD store on Thursday night, with both Chelcee Grimes and Harriet Pavlou joining host Josh Denzel on stage. They chatted all things Soccer Aid in front of 30 fans, and even gave the crowd chance to win tickets to the game!

Back in front of a packed crowd after last year’s game was played behind closed doors, the first half was dominated by the ROW as chances for Usain Bolt and Patrice Evra came close. But a freekick that struck the post from Clarence Seedorf was the main highlight in the first 45 minutes.

Although the game was goalless at the break, the packed crowd weren’t downbeat about the score line as David Beckham made an appearance, raising the roof!

Changes were made in the interval, and shortly after the break, Love Island star Kem Cetinay’s long-distance effort made it 1-0 to the World XI due to some interesting goalkeeping from Joel Dommet.

Chunkz came on in the second half, getting the crowd going every time he was in the action, while Tom Grennan put in a display for the ROW at left back that would have had Pep Guardiola watching!

With England’s main man Wayne Rooney looking to make an impact in the game, the former Man United hero fluffed a golden opportunity to draw his side level. To make things worse for England, Kem then bagged his second of the night, before comedian Lee Mack made it 3-0 to the World XI! 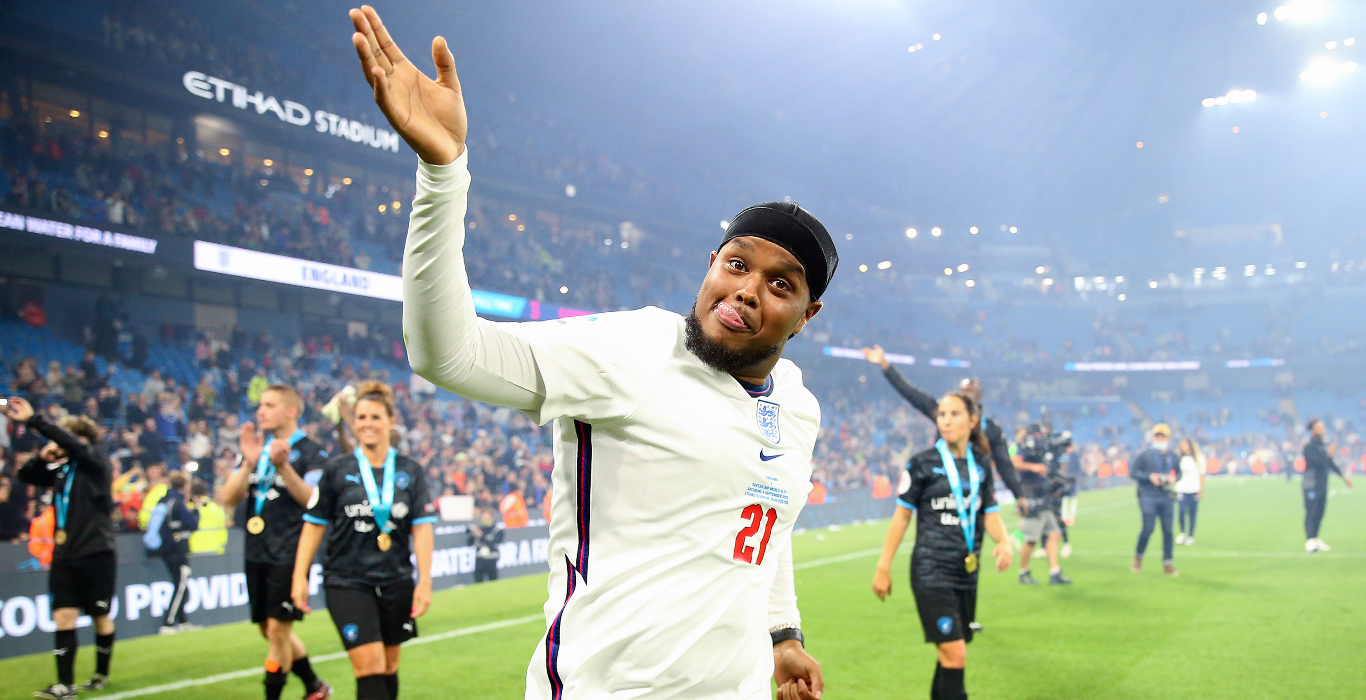 Ready to break more records next year? England may have lost on the night, but with millions raised for an amazing cause, no-one really lost out.