This summer’s tournament couldn’t have started any better! With international action across the country, from some of the biggest ballers in the women’s game, the group stage has seriously delivered.

Starting out with a record attendance at Old Trafford for England’s 1-0 win over Austria in Group A, the quality of football has gone from strength to strength with every game.

Here’s who’s progressed to quarters, and who’s headin’ back home…

The Lionesses March On

England topped the table in Group A, following up their opening win with an 8-0 thrashing against Norway – Beth Mead bagging herself a hat-trick.

Mead then grabbed her fifth goal of the tournament as the Lionesses eased to a 5-0 win over local rivals Northern Ireland, completing their clean sheet sweep.

Joining England are Austria. After providing the sternest test to the home nation in the opener, they bounced back with wins over Northern Ireland and Norway to sneak through to the quarters.

Group B saw two of the pre-tournament favourites, Germany and Spain, progress to the next round.

Opening with a 4-0 victory over a strong Denmark side, Germany backed it up with a crucial 2-0 win over Spain thanks to first half goals from Klara Bühl and Alexandra Popp. They rounded this off to finish top, beating Finland 3-0.

Spain, on the other hand, started up with a 4-1 win against Finland, but following their defeat to Germany, they edged out the Danes with a 90th minute winner courtesy of Marta Cardona. 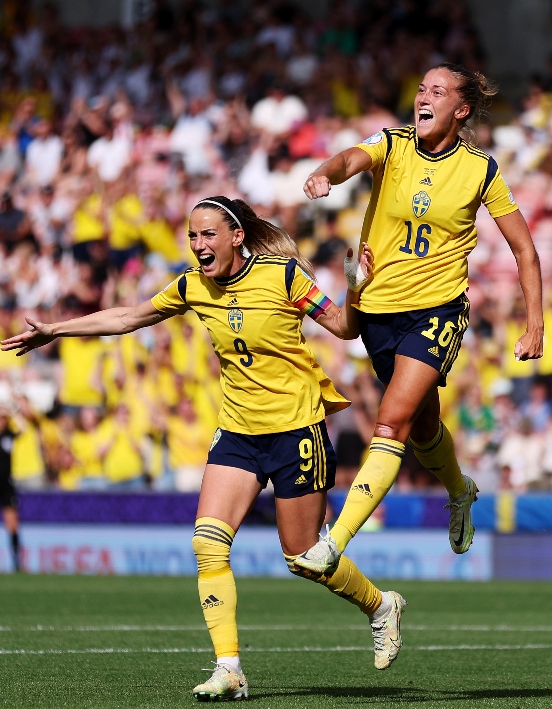 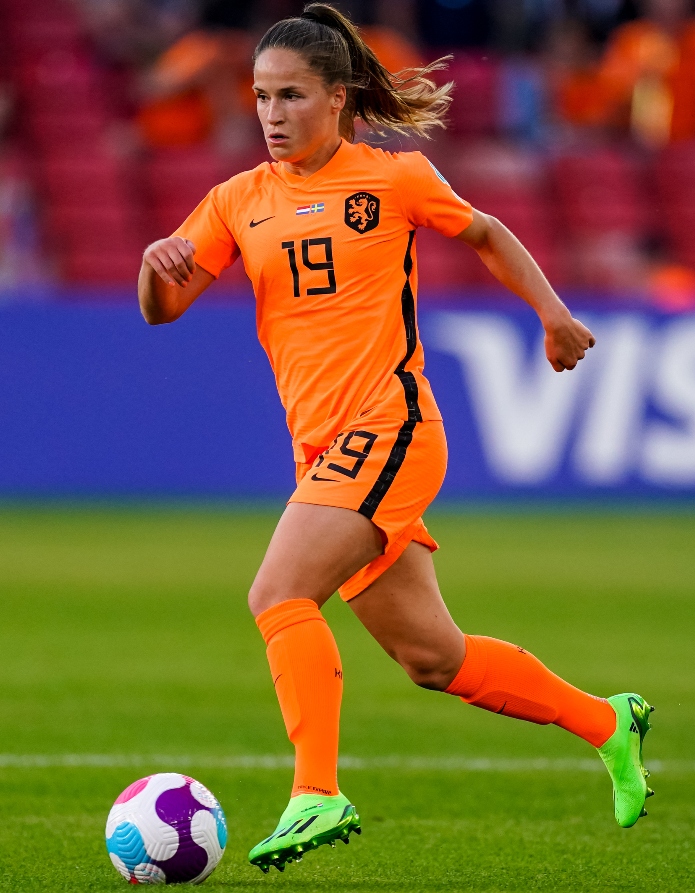 Group C brought together World no.2 and 4 ranked sides Sweden and the Netherlands respectively.

Pitted against each other in the opening round, the pair played out a 1-1 draw, while honours were even between Portugal and Switzerland in the other game.

Both needing to win their remaining games to ensure they progress, Sweden did so by overcoming Switzerland in round 2, before cementing their place at the top of the group with a 5-0 thrashing against Portugal.

The Dutch side’s story was a similar tale as their early lead against Portugal was swallowed up; but a Daniëlle van de Donk goal grabbed them a 3-2 victory. Back to winning ways, they beat Switzerland 4-1 in the final round of fixtures. 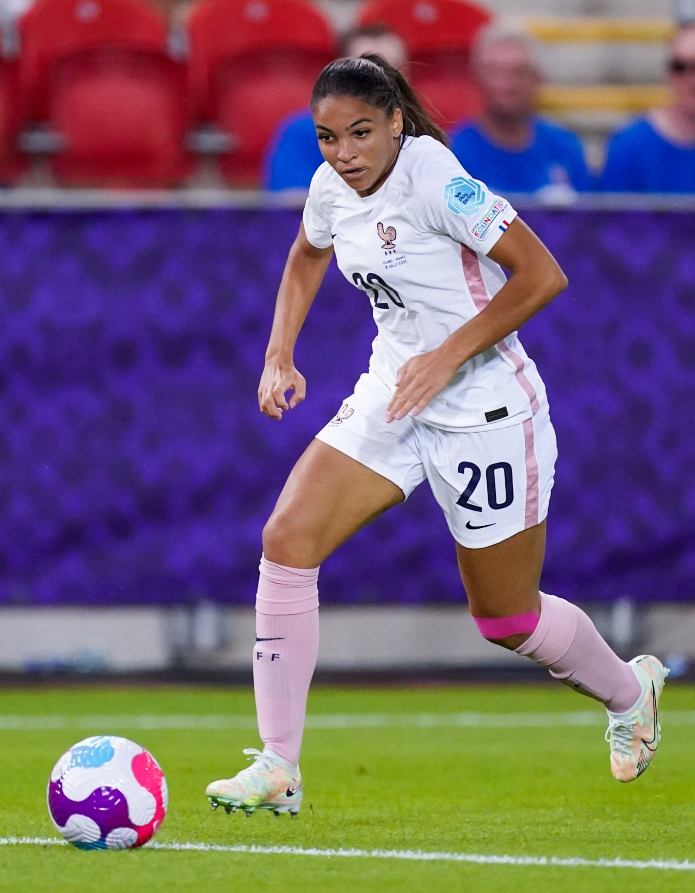 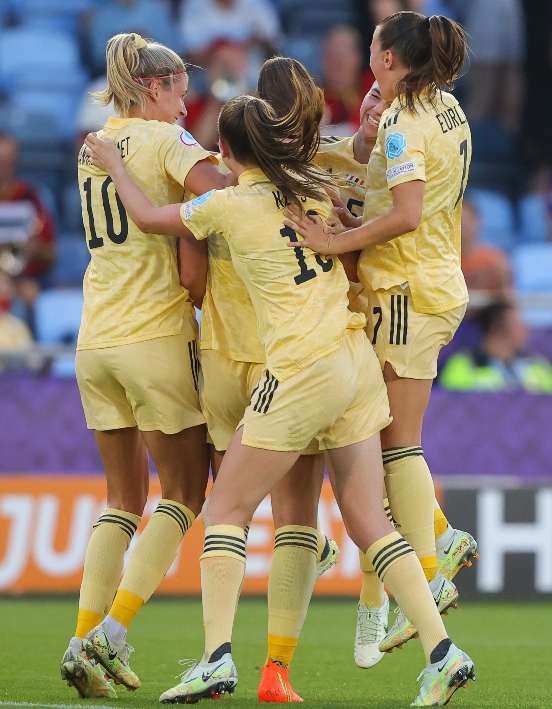 In the final group, underdogs Iceland couldn’t quite grab the second spot from Belgium, as the Belgian Red Flames beat Italy in the final game through Tine De Caigny’s second half goal.

France finished on top after crucial wins against Italy and Belgium in their first two fixtures, before Iceland shared the spoils in the final match.

All eyes with be glued to the quarter-finals as the Lionesses take on Spain at Brighton’s Falmer Stadium.

Germany look favourites for the semis as they’re pitted against Austria, while Sweden face the unknown quantity of Belgium on Friday night.

In the final match, one of the biggest sides will be knocked out as France face the Netherlands at the New York Stadium.

Who are you backin’ to make it one step further?! Rep your nation’s colours with our mega range of international shirts. Check them out right here!

For loads more from this summer’s championship, get following @jdfootball across our socials!