The World Champions Germany OUT, Cristiano Ronaldo’s Portugal and Lionel Messi’s Argentina OUT on the same day, and now the star-studded Spanish team OUT to the host nation Russia, who began the World Cup as the lowest ranked team in the tournament.

Colombia and England meet in the Round of 16, fully aware that this could be their best chance to reach a World Cup final in 52 years. Colombia have only ever reached the quarter-finals once in 2014, and England’s sole appearance in a final was 1966, when they lifted the trophy at Wembley.

The winner of this game will face either a Sweden team that is fabricated on a solid defence, but struggles to score, or a Switzerland team that needed a contentious penalty by Ricardo Rodríguez’s to squeeze past Northern Ireland in their qualifying play-off match.

Beyond Sweden or Switzerland, the emerging dark horses Croatia stand in the way for a place in the World Cup final, as long as they avoid another shock by the hosts.

Finishing third place at the 2016 Copa América Centenario, Colombia are capable of surprising great teams, like they did against France, coming from 2-0 down to win 3-2 in a pre-World Cup friendly, or susceptible to a shock defeat, such as their 2-1 defeats to Paraguay and South Korea ahead of the World Cup, and against Japan in their opening game in Russia.

Los Cafeteros have given football the playmaking sensation Carlos Valderrama and his blonde afro, the trickery of Faustino Asprilla, and the eccentric risk-taking goalkeeper René Higuita.

Their quarter-finals appearance in Brazil marked Colombia’s best ever performance at a World Cup. They succumbed to the host nation 2-1, but not before they had gained global affection for their style of play and the performances of their star man James Rodriguez. The playmaking midfielder finished the tournament with six goals to win the Golden Boot.

Radamel Falcao – Colombia’s all-time top scorer with 30 goals – missed out on Brazil with an ACL injury. Managing a total of just 5 goals in 41 appearances for Manchester United and Chelsea, the striker returned to Monaco to net 54 times in 79 games in the last two seasons.

After missing the opening game, Barcelona centre-back Yerry Mina has scored a header from a corner kick against both Poland and Senegal.

Rodriguez was withdrawn after 30 minutes against Senegal, but the Colombian FA have confirmed that there is no muscle tear, so the Bayern Munich midfielder may feature against England.

If he is unable to start, the creative burden will fall upon Juan Quintero. The 25-year-old journeyman scored direct from a free-kick in Colombia’s loss to Japan, assisted Falcao’s goal against Poland, and set up Mina’s match-winner against Senegal. 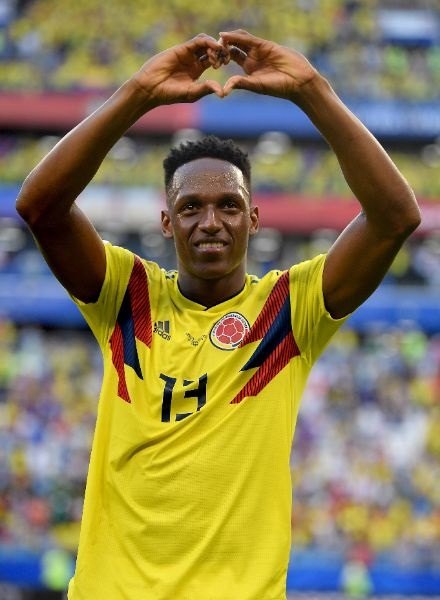 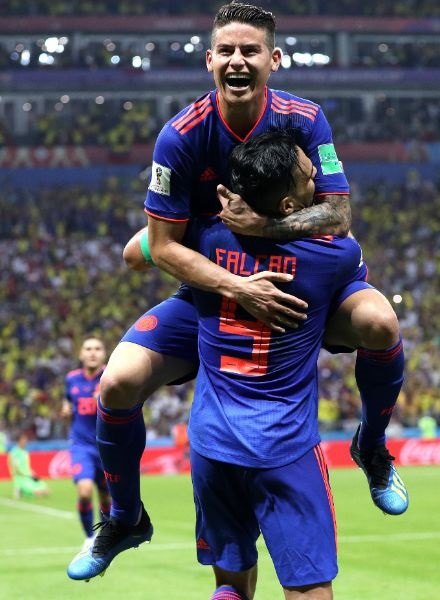 The Three Lions have not won a knockout game at a major tournament since 2006, prompting Gareth Southgate to label this game as the ‘biggest’ for England in the last decade.

If England lose, he faces a potential backlash for opting to rest eight players in defeat to Belgium. England could have faced Japan at this stage, if they had beaten the Red Devils.

However, if England win, the coaches, players and fans will be all salivating at the prospect of facing Sweden or Switzerland for a chance to make the World Cup semi-final.

It will have been nine days since England scored a record six goals against Panama, so their first eleven will be fully rested to carry out Southgate’s high pressing style of football.

In the first two games, Harry Kane’s goals, Kieran Trippier’s crossing from set-pieces, and Jesse Lingard’s running were the main feature of the Three Lions’ performances.

Jordan Pickford’s shaky display against Belgium remains a concern for an England side that is yet to be tested and has still not kept a clean sheet.