Callin’ all rugby fans! After a mammoth season in the Champions Cup, it all comes down to the final this Saturday between the best two teams in Europe, Leinster and La Rochelle.

Hosted at the epic Stade Vélodrome in Marseille, France, La Rochelle will be looking to be on the right side of the final this year, while Leinster are trying to add a fifth star to their jersey and go level with Toulouse for the most European cups in their cabinet.

How do you see this weekend shaping up?! Whether your team’s in the final or not, make sure you’re stocked up on all your rugby essentials right here at JD. From kits to training gear and rugby balls to gum shields, we’ve got you covered.

Top of the United Rugby Championship, Leinster are a team in full flow this year. With most of their side making up the places in the current Ireland international squad, Leinster are not only of the best sides in European rugby, but world rugby.

What hamstrung them in the past was a size and skill deficit to other sides in the competition, but now with huge squad depth and standout performers throughout, they’re looking favourites to go all the way this time round.

To make things better for them, they may be boosted by the return of Ireland front-rowers Rónan Kelleher and Tadhg Furlong, with high-flying winger James Lowe also in contention to start again.

Leinster’s round of 16 double-header came against Irish rivals Connacht. In the away leg, a stern test for the boys in blue pushed them right to the end, edging out a 26-21 win before dominating the return leg to eventually win 82-41 on aggregate.

Their next challenge came in the form of Premiership leaders and in-form English side, Leicester. First half tries from Josh van der Flier and Robbie Henshaw gave Leinster a 20-0 lead at half time. And despite a spirited fightback from Leicester, Leinster took home the spoils with a 23-14 win.

Up next was current Champions Cup holders Toulouse in the semi-final.

What many expected to be a close encounter soon turned out to be wrong as Leinster dotted down 4 tries, blowing away Toulouse at the Aviva Stadium in Dublin.

A brace from Kiwi-born Lowe as well as tries from van der Flier and Hugo Keenan halted any chance of a Toulouse comeback, putting the home fans in dreamland. 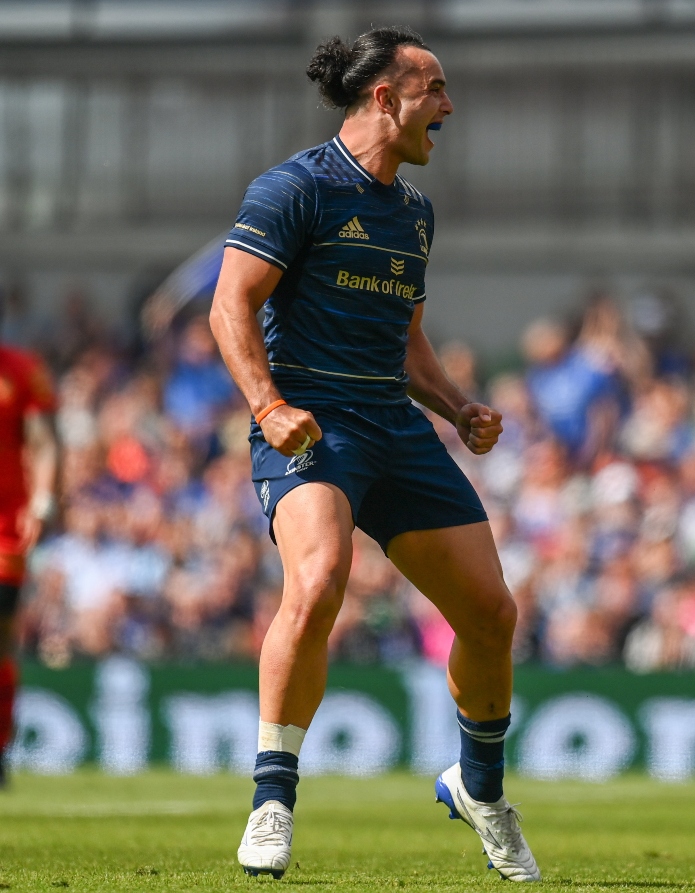 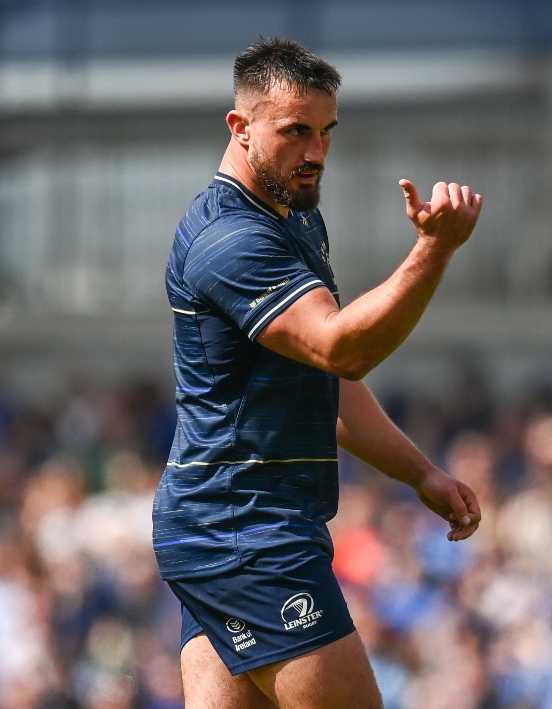 Much is spoken about the sheer size of rugby at current time, and at the heart of it in the club game are La Rochelle. Known for their monstrous pack with the likes of Uini Antonio and Will Skelton, and a ball-crashing backline that features a superstar pairing of Levani Botia and Johnathan Danty, the French side are led by the national captain Grégory Alldritt.

But it’s not just their size that is to be reckoned with; their head coach Ronan O’Gara is all about his motto ‘KBA’ (keep ball alive), to ensure his players are not only the one of the strongest, but the fittest and most skilful in European rugby.

O’Gara also knows a thing or two about this weekend’s opponents, having spent the whole of his professional career at their Irish enemy, Munster.

Since making it through their pool, O’Gara’s La Rochelle have faced domestic sides in each knockout round.

Their first task was against Bordeaux in the round of 16. An emphatic away win set up a more comfortable victory on the home leg, taking the tie 62-36 on aggregate.

In the quarter-finals, they faced another heavyweight pack in Marseille. Despite their best efforts in the second half through English number 8 Zach Mercer, the home advantage paid to be too strong, resulting in a 31-19 win for La Rochelle.

The semi-final fixture against the dynamic Racing 92 proved to be a tougher test. Up against arguably the strongest backs in the competition, Virimi Vakatawa extended Racing’s lead to 10 in the first half.

On the stroke of half time, Alldritt powered over the line off the base of a scrum to reduce the deficit to just 2. This brought a shift in momentum in the second period, as Racing were reduced to 13 men and conceded a penalty try.

With time running out and the score at 15-13, Ihaia West ensured La Rochelle’s spot in the final with a try in the last minute.

Will History Repeat Itself?

After dominating Leinster 32-23 in last season’s Champions Cup semi-final, can La Rochelle go one better and lift the trophy for the first time? Or will Leinster seek revenge and stamp their authority as the best in the business.

With kick off set for 4.45PM BST, make sure you’re locked into the Champions Cup final this weekend!

For more rugby news, get followin’ @jdsports across our socials!