The Air Max Icons series continues…this time we’re checking out the Nike Air Max 95. With over 20 years of footwear dominance, the 95 still stands in a league of its own with a unique, instantly recognisable design.

Originally released in ’95, the Air Max 95 marked a big change in performance running shoes in the market. The silhouette was designed by ACG designer Sergio Lozano, an industrial designer-turned-tennis/training shoe mastermind that helped bring a new freshness to the Air dynasty. The distinct wavy/rippled upper, gradient colour schemes and bright accents were considered ground-breaking.

The silhouette takes influence from human muscles, flesh and vertebrae, as well as the process of rain washing away the earth. Translated – the upper’s layered panels resemble muscles and flesh, eyelets resemble the ribs, and the spine-influenced midsole is designed to resemble weather damaged rocks.

The notable differences in the 95 are the positioning of the Swoosh (originally not featured at all on the prototype) and the dual Air powered cushioning system. It’s a huge favourite of the hip hop community and Gucci Mane, Danny Brown and The Game have all dropped lines on them. Celebs such as Eminem, DJ Khaled and Kevin Durant are all huge fans. 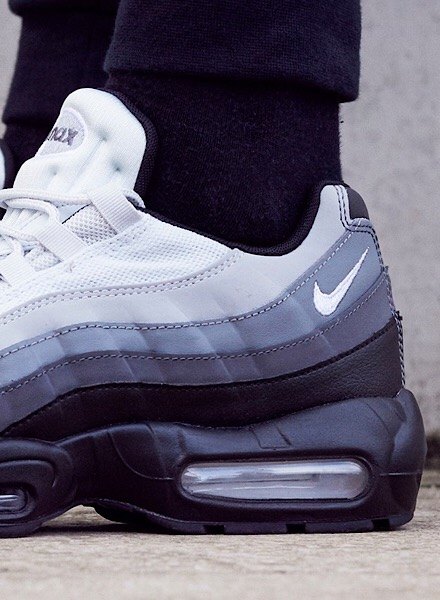 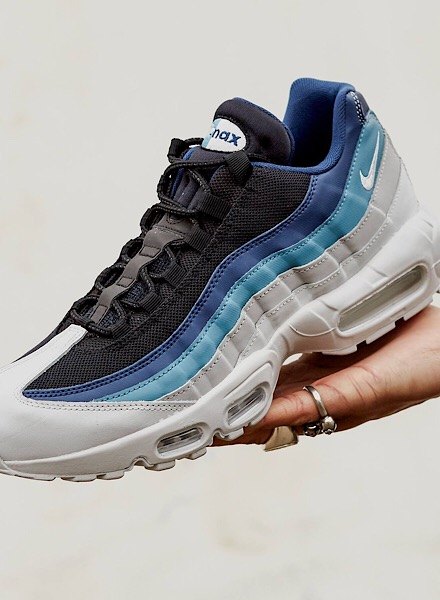 With JD at the forefront of the Air Max franchise, we’re home to loads of exclusive colourways, as well as Essential, Ultra Essential and SE versions – shop the entire collection right here.

Did you catch the latest instalment of the Air Max Icons series, the Air Max 90? No problem, check out the post here.