After years and years without major silverware, the Lionesses can finally say they’ve brought it home for England, beating Germany 2-1 in yesterday’s final at Wembley Stadium.

With a record attendance of 87,192 for women’s football inside the sold-out national stadium, plus thousands of fans watching at home and in fan zones across the country, the atmosphere was on another level!

Linkin’ up at the packed-out Box Park in Shoreditch, the girls were reppin’ their Nike England T-Shirts in support of the Lionesses. 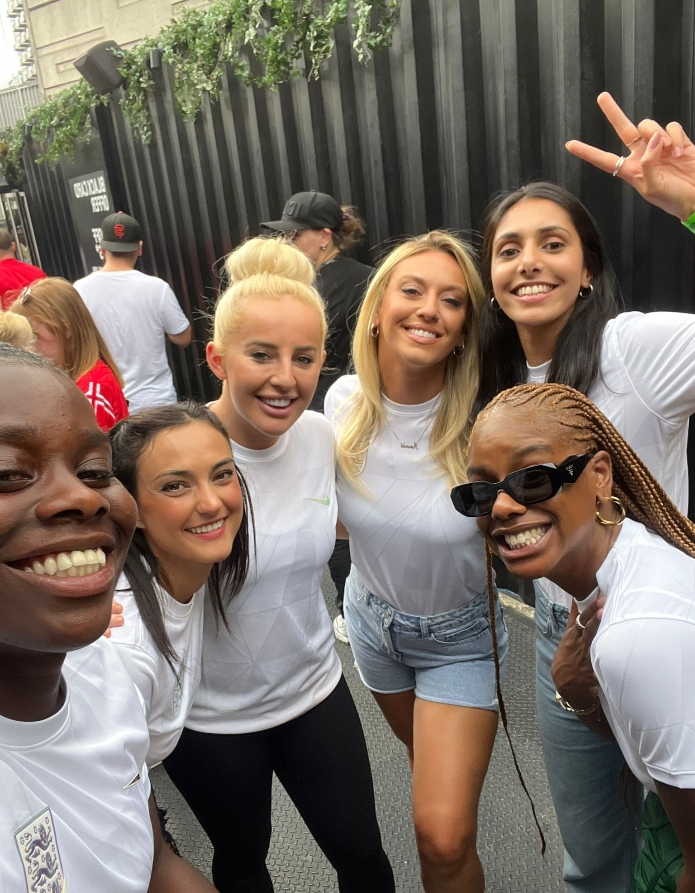 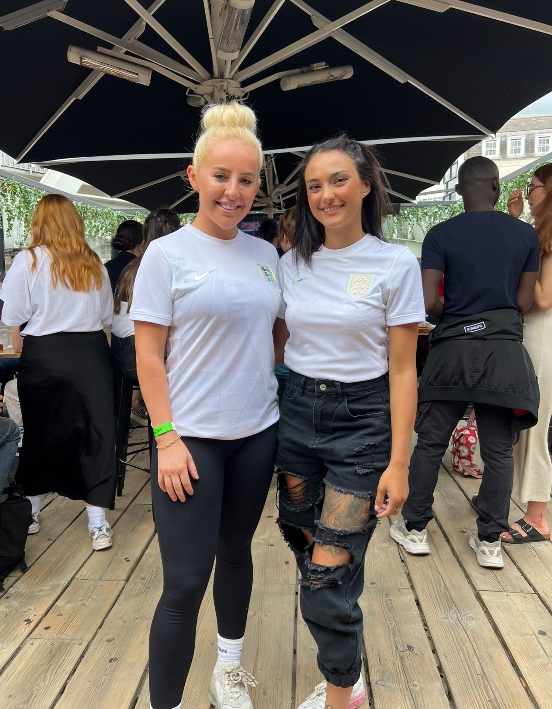 As the hype built up to another major European final at Wembley, news broke out that Germany’s leading goal scorer and go-to player, Alex Popp, had injured herself in the warm-up and would play no part in the final.

After the players lined up and national anthems were roared, the first whistle blew, and we were straight into the action…

A tense first half saw little chances for either side, with nervy touches and frantic play leading to some big challenges and early bookings for England.

The first real opportunity of the game came when Germany failed to convert a goal-mouth scramble, before England’s Mary Earps swallowed up the loose ball to clear the danger.

When Ellen White played Beth Mead down the right, she received a perfect return pass, only to place her attempt over the bar from a great position in Germany’s box. 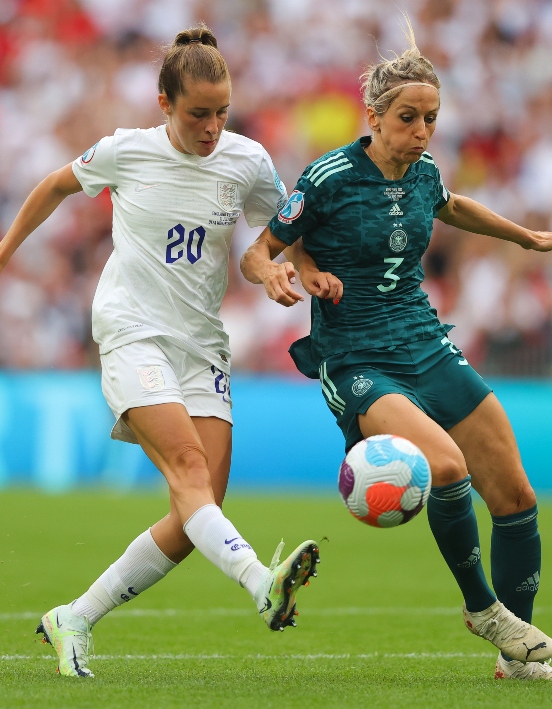 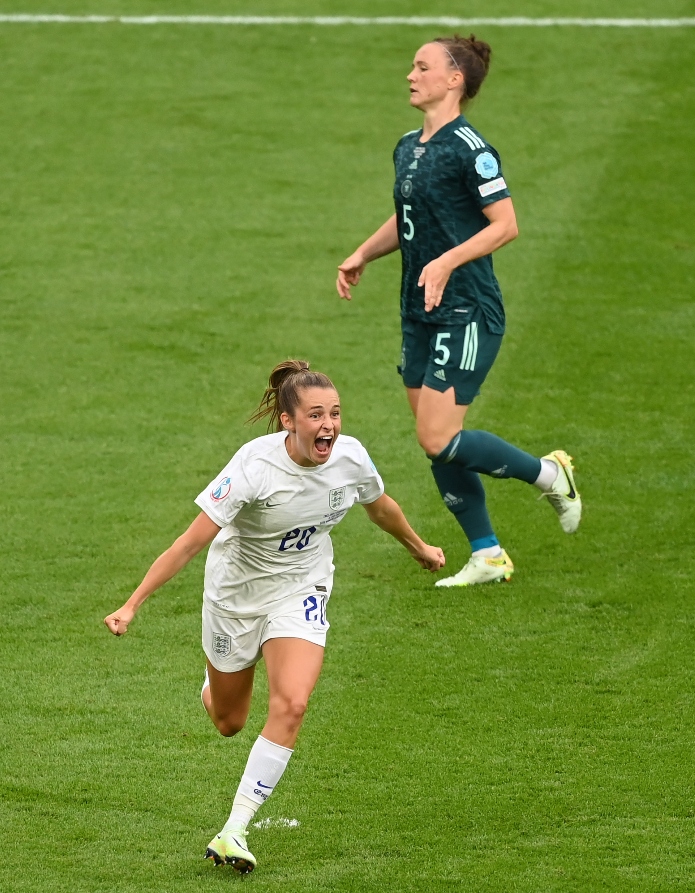 Both sides had settled their finals nerves come the second half, as slick moves created more chances at either end.

When Felicitas Rauch played the ball in from the left side, Tabea Waßmuth’s dummy sold the English defence, allowing Lina Magull the chance to turn and shoot, only for her toe-poked effort to fly wide of Earps’ post.

Just past the hour mark, the two Manchester-born girls of Keira Walsh and Ella Toone linked up, as Toone latched on to Walsh’s ball in behind, composing herself and lobbing the keeper to lift the roof off Wembley!

With the momentum fully behind the Lionesses, Germany knew they needed to hit back fast. And they almost did when Magull broke free into the right side of the box, rocketing her shot against the bar. Lea Schüller’s rebound could only trickle back into the path of Earps.

Shortly after, substitutes Sydney Lohmann and Waßmuth combined again on that right-hand side, firing in a low cross to Magull, who deftly steered her shot inside the near post to make it 1-1 with just over 10 minutes of full time left.

Both sets of players grew fatigued when extra time beckoned, with neither registering a major chance at finding the winner.

But as the clock ticked down, Chloe Kelly pounced on a stray ball in the box, prodding it past Merle Frohms and Kathrin Hendrich to set the home crowd alight once more.

With not long left on the clock, Alessia Russo had one final effort to wrap the game up, but her rising shot was tipped over by Frohms.

When the final whistle went, England’s party began! Defeating Germany in the final to win their first ever international trophy, our Lionesses had done the country proud and inspired the next generation of female footballers.

Want to get into the game?! Whether you’re gearing up for your first stadium experience, or you’re ready to lace up your boots for the first time, we’ve got you covered with our huge range of football essentials.

For more football news, headlines and gossip, stay locked into @JDFootball across our socials.